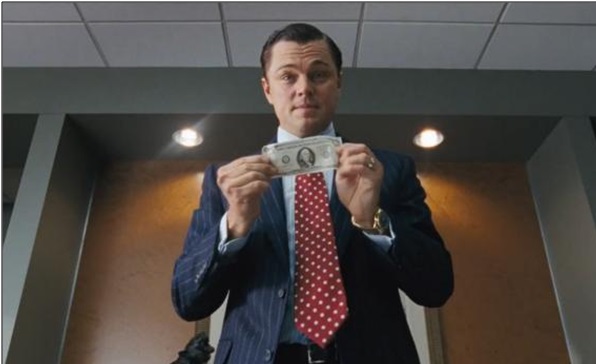 “Any type of publicity is good publicity.”  Cue the roll of the eyes for any modern-day PR executive at the sound of this now taboo phrase.  Dismiss as you may, this quote came directly from the new hit movie The Wolf of Wall Street starring Leonardo DiCaprio.  The movie is based on the true story of disgraced Wall Street executive Jordan Belfort, who amassed a fortune by building a brokerage firm known for its high-pressure, low-ethic, client-scamming work environment.

The movie itself is generally what you’d expect after watching the trailer:  wealthy, corrupt Wall Street executives who push the legal envelope and cannot get enough of living life in the fast lane.

In the film, Belfort’s “any type of publicity” statement is made in response to an incredibly negative feature article in Forbes about his company, Stratton Oakes.  This after Belfort, without the aid of a communications officer, gave the reporter both an unfiltered interview and a tour of the company’s debauchery-laden offices.  What is most important to realize during this scene is that this movie is set in the late eighties/early nineties.  In 2013, that Forbes interview would have never happened.

The public relations industry has evolved tremendously since the days when the original Mr. Belfort was living large on Wall Street.  If you watch the full film, you’ll notice the media has virtually no presence in the movie other than 1) the aforementioned Forbes article which, in the movie is just another blip on the radar and actually led to more job applicants for the firm; and 2) the negative headlines once Belfort gets sentenced to prison.

In today’s era of social media, a 24/7 news cycle, and whistleblower compensation incentives in the multi-millions, a firm like Stratton Oakes would be much more impacted by the ever-brighter-shining media spotlight, especially without any semblance of a communications group in place.  That Forbes article today might have single-handedly taken them out of business (or, as my colleague Wilson Cleveland points out in his recent post, at least resulted in a few Justine Sacco-esque layoffs).

It is very easy as a financial PR executive watching this movie to slap your forehead in frustration at the thought of viewers having their head filled with the stereotypical greedy Wall Street mentality that we work hard to dispel when raising the profiles of clients who are ethical and whom we believe in.

But before you get too worked up, just remember how long ago the true story behind this film took place, and how far we have come since.

Around the World in 90 Seconds

Can PR Help Save Obamacare?