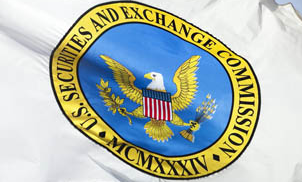 I know we all have regulatory fatigue and the last thing we want is another rule. However, this is one we can all agree on. And by “we” I mean IR practitioners and Wall Street. My proposed rule seeks to officially end the practice of companies attempting to bury bad news late on a Friday, or worse, over the weekend. This tactic never works and never has. Companies that use this tactic only succeed in unnecessarily angering their core constituents. If the news is material enough that it warrants an 8-K, and you have flexibility as to when to make the filing, don’t get cute and do it after market on a Friday.

In today’s marketplace this practice is baffling, especially considering that almost all public companies provide instant email notifications of when SEC filings are made. It’s comparable to a burglar calling the police to tell them he is robbing a house at 4:00 a.m. Why do companies continue to think they can outsmart Wall Street by employing such tactics?

My rule would be called “No Friday After-Market 8-Ks” and would have only a few caveats:

In the absence of my proposed SEC rule, unless you have no legal recourse, let’s all just try to proactively end this silly practice and just wait until Monday.