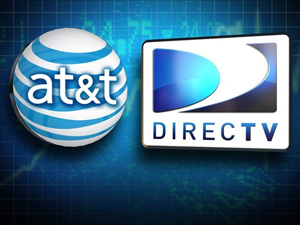 When AT&T announced on Sunday, May 18th that it would be acquiring DirecTV the news hardly came as a surprise, as a combination had been rumored in the financial press for some time. However, what did come as a surprise was to me was the outlet that broke the news; it was none other than BuzzFeed - the viral media website more known for posts on topics such as "If Pop Songs Were Works Of Classic Literature" and quizzes about "What Can You Learn From Your Star Sign Today?," which are two stories currently gracing its homepage.

When I read the Reuters article crediting BuzzFeed with the scoop, I was shocked, but this isn't as out of the blue as it might appear at first blush. BuzzFeed has been bulking up its original news content ever since it hired Ben Smith from Politico in late 2011. Moreover, one of the journalists who broke the story, business editor Peter Lauria, is certainly no stranger to this space, having previously served as TMT editor at Reuters (the other, John Passatino's pedigree wasn't immediately discernible, though he mostly covers weather).

BuzzFeed now boasts a well developed business section, covering topics from big banks to Tim Geitner's book and with some especially well done hedge fund coverage, which is definitely something worth bearing in mind when pitching stories.

Finally, BuzzFeed hasn't been a stranger to being the subject of deals stories, having been courted by Disney recently, though walking away when Mickey & Minnie couldn't meet their price. Given that BuzzFeed is both profitable and growing, it may not be long before it's both breaking and making deal news once again. Unfortunately, it may still be some time before CEOs are filling out quizzes about "Are Your Company's Takeover Defenses Strong Enough?" which is kind of a shame.

Alternative Facts, Fake News and the Enemy of the People

Kayla Muller looks at recent actions by the Presidential administration to control the media, and why as PR pros, our support for journalists is important.