After Scandal, Will SAC's New Name Revive its Brand? 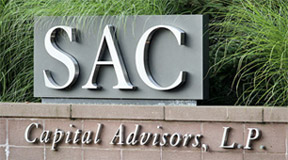 SAC Capital Advisors, Steven Cohen's embattled hedge fund, changed its name to Point72 effective on Monday, just days before the firm's plea of guilty to securities fraud charges is reviewed by a federal judge. This name change will accompany the firm's transformation, pursuant to that plea agreement, from a manager of outside money to a family office, managing primarily Mr. Cohen's substantial fortune. Sigma Capital, the firm's equity long/short trading division will now do business as Point72 Asset Management and EverPoint Asset Management, while its multi-quant business, CR Intrinsic, will now operate as Cubist Systematic Strategies.

In the aftermath of one of the biggest insider trading investigations in Wall Street history, will the name change help the firm to move forward?

Our own Josh Clarkson and Melissa Barrero weigh in on the debate below.

In explaining the rationale for the name change, the artist formerly known as SAC had this to say:

Point72 Asset Management reflects at least two things of significance. First, of course, it reminds us of a sense of continuity: our headquarters has been at 72 Cummings Point Road for more than a decade and we anticipate it will be our home for many years to come. Perhaps more important, the name emphasizes we point to a successful future that rests on the exacting analyses of the companies, sectors and verticals by Point72's portfolio managers and analysts.

I would think that the new name will be fairly successful in assuaging any concerns from employees or other parties that the firm would be moving, since renaming yourself after your address is a pretty bold and public commitment to retaining said address. Though when it comes to evoking images of rigorous financial analysis, how significant will the Point72 name be?

Quartz recently reported that there might be a bit more than meets the eye to that aspect of the name. They credited USC marketing professor Ira Kalb with flagging to them that it might be a reference to the Rule of 72, a back of the envelope measure used to calculate how much time it will take for an investment to double assuming a fixed annual rate of return. Prof. Kalb went on to note "that name changes generally work better if they help with branding rather than referring to an address alone, and that Point72 might work better if it was connected with the finance concept."

Generally speaking, the jury is still out on what effect this will have on the firm's reputation with outsiders. Will it will help it rebound from the recent insider trading convictions of several former employees, or  will the wolf just be putting on sheep's clothing?

At the end of the day, since it is entirely running inside money now, outside perceptions will likely not make or break the firm, so long as they are just perceptions and not allegations. It is of course worth mentioning here that SAC/Point72 is also rolling out a raft of new compliance and governance measures, which range from an additional layer of management between Cohen and the trading operations, to advanced new internal monitoring technologies (which were developed by a firm funded by the CIA). Hopefully these will help prevent any future incidents that could give rise to such allegations.

To the extent the new name evidences "a sense of continuity" then that may likely help with employees and other stakeholders. So far as any secondary meaning to the name goes, if the one described above is in fact intended, then that seems like a clever way to further justify the name choice.

While it remains to be seen how the renamed firm will be viewed by those inside and outside its walls, this appears to at best be a step in the right direction, and at worst a fairly neutral development. Given the lack of a major downside, I can't see much to criticize here, and hopefully the new name, when combined with the aforementioned new policies, will, in time, lead to a firm with a greatly improved reputation.

According to SAC the new name is meant to signal a new beginning, "We have been through a great deal during the past few years. Our new names, combined with the other changes we have announced, are intended to help us to move forward." The firm said in an internal memo. The name is also intended to reflect a sense of stability in the firm's expects that it will remain in its headquarters at 72 Cummings Point Road in Stamford, Connecticut "for many years to come."

Hedge funds have had to contend with serious blows to their image in recent years and SAC is no exception. Conventional wisdom says that when a brand goes south, it's time to rebrand and most importantly redefine. But is SAC's name change announcement a sincere step toward reevaluating and redefining its principles and business goals? Or is it merely a half-hearted attempt to distance itself from scandal?

Last year, U.S. Attorney, Preet Bharara called SAC a "veritable magnet for market cheaters"  and accused the firm of fostering a culture of insider trading within its walls "that was substantial, pervasive, and on a scale without known precedent." A simple name change doesn't eradicate the foundational values, corrupt as they may have been, that the firm was built upon.

Numerous reports have noted that in recent days, SAC has sought to maintain an appearance of "business as usual." While this focus on continuity may seem like a positive course of action for employees and internal stakeholders, it  could be interpreted as a relative disregard for the need to assess its principles and business goals after these serious allegations. According to a recent Bloomberg Businessweek article, Lippincott, a New York brand consultancy, says the best name changes address the future of the firm. "It needs to speak to 'What we're going to stand for that's different' and 'How we want employees to behave differently,'" said Senior Partner Michael D'Esopo.

Thus far, one could argue SAC seems to have fallen short of true self-examination and reflection on its ideals and culture. However, even the firm's most genuine attempt at redefining itself will likely encounter doubt, fairly or not. One has to believe as long as long as Cohen or any of SAC's other top executives are involved, the firm by any name will still be a target for scrutiny, investigation and suspicion.

Of course, in the hedge fund world, brand recognition is primarily intended to aid in the asset gathering process and as a family office closed to outside investors, Point72 won't be doing any of that. If the SEC ever agrees to allow Point72 to manage outside funds, it would truly be the ultimate comeback for the firm. While that day may come, it will be far off in the future and if it happens, Point72 will clearly have had to demonstrate to authorities and regulators that the change is genuine and goes far beyond just the name.  Some branding experts have thrown around the old "lipstick on a pig" analogy and that may or may not be fair; but regardless one thing is clear, in order for this conversion to be really successful Point72 will have to convince people that their firm is a different animal altogether.

Do you think the name change will help to revive the hedge fund's brand? Feel free to join in on the conversation below.

Is Too Much Transparency a Good Thing?

The Age of The Millennials