An Animal a Day Keeps the Doctor Away? 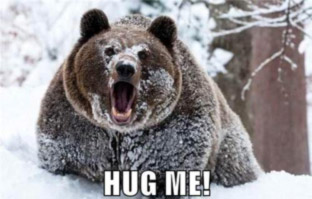 Science tells us that there may just be a magic bullet for overall good health…and it doesn’t appear to be Vitamin C to cure the common cold, instead it is your furry, four-legged friend, Fido...or Zeus, my German Shepherd!

According to a Forbes article on The Most Stressful Jobs of 2013, public relations professionals ranked number five on the list (surpassed only by military personnel, first responders and pilots)! The next time client work has your head spinning, instead of turning to Emergen-c or other expensive remedies, head to your local ASPCA and hug a pet!

According to Dr. Mehmet Oz, vice-chair and professor of surgery at Columbia University and famed doctor on his self-titled show, The Doctor Oz Show, having a pet is linked to a host of unexpected health boosting benefits including (but certainly not limited to):

To dig even deeper into the health benefits of owning a pet, a study from the University of Buffalo finds that pets can even control blood pressure better than drugs. The study finds that:

“ACE inhibitors can keep high blood pressure under control if life is running smoothly, but they don't prevent it from rising when things get tense—like when the bottom drops out of the stock market. That's when a person needs a friend. And if a human friend isn't available, the four-legged variety will do nicely, a study of responses to stress in a group of hypertensive New York City stockbrokers conducted by University at Buffalo researchers, has shown.”

So, the next time you feel down or under the weather, grab your pet, take a deep breath and revel in the moment. Not a pet owner? No need to fret, you can reap the same benefits as your pet-owning counterparts by volunteering at a local animal shelter or ASPCA.

One Large Strategically Sound Deal for Amazon, One Giant Twitch against Its Rivals

Save the Snow Day!

Even as schools operate remotely, Russell Sherman shares his thoughts on why snow days remain necessary