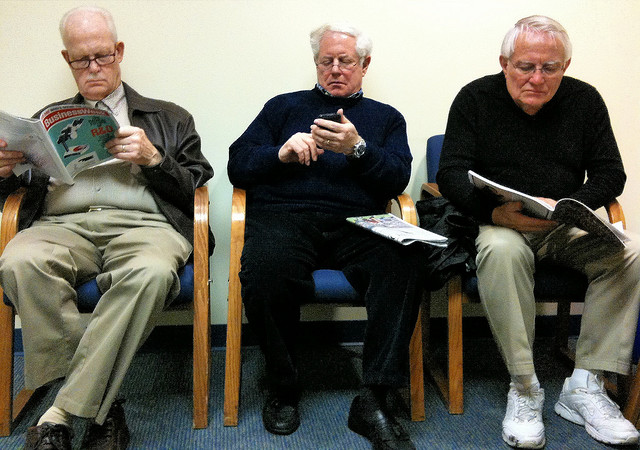 Recently, a colleague of mine needed an escort out of the doctor’s office because the doctor did not want him to be on his own. After all, he’d been anesthetized and, despite the comically-wobbly-wonder moment this procedure can at times permit, it’s always safe to accompany one who has yet to “come down” from the ethers. I arrived relatively early so I decided to peruse one of three magazines, most of which I had not seen outside of a doctor or dentist’s office in years.  The particular magazine I chose to read was Time.

Initially, I was struck by a headline that claimed to be offering some clarity as to how the drug cartels in parts of Juarez and its bordering towns in Mexico have managed to continuously evade if not attack authority, murdering thousands along the way. The truth is that they do, and have for some time, outnumber and muscle authority; often, though I myself don’t have the facts and can only glean (and thus trust?) further information from articles such as the one in Time, some of the authority moonlights for the cartel, so it isn’t difficult to understand how and why better things are not being done to protect innocent citizens. But, and even if reading the article was a daunting reminder of how it’s more than a war down there, this is far from the gut of what I wish to examine.

The second reason I was drawn toward flipping through Time was because of that sort of battered back issue look that magazines gain in being slogged around waiting rooms, as if they have consistently had water poured over them and have been left to fend for themselves in sturdy off-white wall holsters. It was the look of having-been-read, so of course I didn’t want to be left out. I wanted to open and nudge myself beyond receiving the plain-faced banalities of People.  So, coupled with the initial intrigue of the cover story and the used look of the issue I immediately thought about time, not the magazine but the concept, and of not having enough of it (or choosing not to use what we have of it) to sit through articles like the one on Juarez. I thought, “of course these magazines only find their place in waiting rooms … because people have to wait they’ll get through the entire article.”

I don’t want to leap from observation into a little diatribe about not using time correctly; I do, however, wish to note that these articles, these intensely involved and acutely penned remnants of journalism, often go unnoticed and sometimes in order to notice them we have to be holed up in the chalky bungalows waiting rooms become, framed by coughs and noticeable sighs of impatience. And this isn’t to say that other—and probably better—forms of journalism don’t exist but that we often have to be forced into a waiting area in order to sit down with a good piece of journalism.  And even at that point who is to say we will go beyond a tincture of being emotional frazzled in reading it? Who is to say we will engage another in dialogue or find a way to be active with either voice or action itself?  As much as the turmoil in Juarez seems hopeless so does the prospect of a sound amount of citizens knowing anything about the turmoil, let alone choosing to find out about it on their own. After all, the news is supposed to be delivered to us right? But what about if it’s delivered outside of the elevator snippets and the daily televised news, what if the facts and brutal honesty, the gritty evidence and journalistic rigors, are only available if we read the whole text, a text that might only be in a waiting area?

Despite the endless questions that this little trip raised for me the sort of lesson I came away with is that we will always receive our news in faster and more efficient ways, ways that might even make us faster and more efficient, but in receiving news this way we may never be informed enough to charter a good opinion into a valuable idea or theory. We should thus try to read one longer piece a week, or whatever goal seems manageable.  I’m certain that we can, at times, do so but I question how often. Additionally, not everyone can spend oodles of time with these very in-depth articles about raw and emotional stories. They can be draining. But, they are real as well. So, in order to come to any semblance of a conclusion I’m going to turn this around on myself. I am far from a state of blaming others or getting wound up within every “reader’s” favorite proclamation that people don’t read enough. I am also not going to point a finger at the progression of news outlets and the increased accessibility inherent in technology.  I blame myself, daily, for not being more active in trying to know more; and if it takes going to the waiting room of a doctor’s office for me to attempt sympathy by reading a long and remarkably discomfiting article about death and war then clearly I am not stretching my own eyes and ears. I need to remain wary of the snippets, the stripped aspects of the whole. Maybe you do too?

Lastly, I’m also curious to know what other magazines have found themselves living almost entirely in waiting rooms. I remember a doctor who kept only Harper’s, The Atlantic, New Yorker, and a few other solid journals in his office because he wanted to be able to talk to his patients about the world and the articles. He’d read them in advance before setting them out. That seemed like a very decent, not to mention productive idea. The best part is that now I feel better about waiting areas. On top of getting to escort my colleague out of the doctor’s office, an event which allowed me to hear him talk in backwards sentences about selecting a bagel to devour in his famished state of post-dizzyworld, I was able to read a very careful and engrossing article that informed me of something I knew little about, which in turn allowed me to know that there is more, in general, to know about.

A State of Good Uncertainty

Reading The Economist: A Journey