As "The Office" Wraps, Lessons in Company Culture 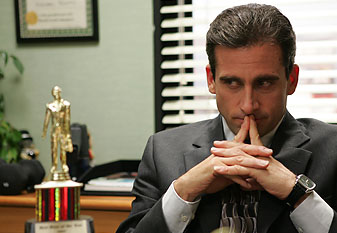 Tonight, NBC will tie a big bow on The Office, wrapping up the series for good after nine seasons. Dunder Mifflin fans will desperately begin the search for another show that induces both laughter and that particular, indefinable cringe-worthy element.

But perhaps there’s room for one more. The Office celebrates the notion that company culture is critical; despite Michael Scott’s antics, he ran Dunder Mifflin’s best-performing branch. Over the course of nine years, the show gave us a peek into the pillars of Dunder Mifflin’s success, leaving viewers with five key lessons about maintaining a strong company culture:

While the series finale marks the end of a very special era in comedy, Michael Scott’s wisdom will continue to live on . . . although perhaps most notably in “that’s what she said” jokes.

What do you think—did I miss any crucial teaching moments?

A State of Good Uncertainty