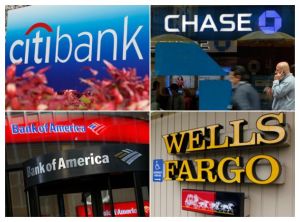 According to a recent Gallup poll that looks at Americans' views on the banking industry, the American public is viewing banks positively for the first time since the beginning of the Great Recession. Each year this poll is widely covered in the media with prominent news outlets, such as The Hill. But why are Americans' views of the banking industry positive for the first time this year since the financial collapse?

Naturally, the general improvement in the economy and the increase in consumer confidence may be part of the reason why the industry is collecting more positive ratings. However, other factors, such as the recent improvements in the results of the Federal Reserve System's Comprehensive Capital Analysis and Review (CCAR), or "stress tests", may have also contributed to the improvement in overall sentiment towards the industry. Also widely covered in the media, the stress tests were established in 2009 and aim to determine if a bank could survive a range of difficult economic scenarios and stay in business. In 2014, nearly all (but one) of the country's largest banks pass Fed's stress tests.

Aside from the stress tests and other regulator and government measures, many industry players launched efforts in recent years that are dedicated to help improve their images. From major rebrands and name changes, to public relations campaigns that aim to "set the record straight" for the industry, to financial literacy programs and national branding campaigns aimed to gain consumer trust, the industry has put a strong focus in changing its image.

The banking industry, which was central to the economic collapse, has now climbed back into favor with the American public. Banks have an 8% net positive rating according to the poll, and more Americans view the industry positively, as opposed to negatively, for the first time since 2007. But with other challenges arising, such as data breaches and insider trading scandals, we'll be curious to see what the poll's results look like in years to come and how the industry reacts to new and ongoing challenges.

A Tribute to Black History Month