Beyond The Byline: Manny Schiffres

Today we are excited to bring back the “Beyond the Byline” series that originated on CJP’s former blog, Clever Witty Quick. For those that are unfamiliar with these Q&A style posts, Beyond the Byline is a recurring column aimed at getting to know today’s journalists in a way that extends beyond their published work. Most of us know what they write and enjoy their insights. But few take the time to get to know our journalist friends on a more personal level. There is an inherent symbiotic relationship between journalists and PR practitioners and we hope that Beyond the Byline will provide a venue for PR pros to learn about the writers they pitch on a daily basis.

With that introduction made, we are thrilled to bring you the inaugural Unboxed Thoughts version of the column featuring Manny Schiffres, executive editor of Kiplinger’s Personal Finance.  Raised in New York, Schiffres got the journalism bug while attending Cornell University and would parlay that interest into a career that saw his work published by U.S. News & World Report, the AP, and the New Haven Register. In his current role as executive editor he supervises Kiplinger’s investing coverage.

We’d like to say a very special thank you to Manny for agreeing to participate. We know you’ll enjoy meeting him. 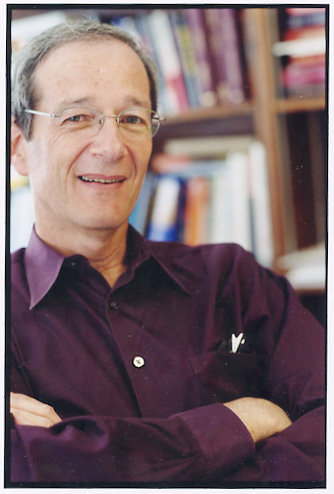 Where are you from? Tell us about your early years.

You might say that the most interesting part of my life was my birth. That’s because I was born in Havana, Cuba, to refugees from Eastern Europe who couldn’t get into the U.S. after World War II. I spent three years in Cuba and then moved to a polyglot working class neighborhood in Brooklyn, N.Y., called East New York. My nine years in Brooklyn shaped me more than any other place I’ve lived in, though I’ve spent most of my adult life working to rid myself of my Brooklyn accent.

If you could meet one person, past or present, who would it be and why?

I have to give you a quartet. I would want to meet my grandparents, all of whom died before I was born.

What is your favorite place you’ve traveled to?

Hard to say: Israel, Cuba, Buenos Aires and Barcelona are all high up.

**Much More With Manny After The Jump**

Tell us a little bit about your first job.

I’ll assume you don’t want to hear about my summer jobs—delivering the Long Island Press, working as a stock boy at a Key Food supermarket, collecting money at an amusement place on the boardwalk in Far Rockaway (Queens), N.Y. and sorting mail for the US Post Office at Kennedy Int’l Airport (the summer men landed on the moon for the first time). My first job in journalism was as a reporter for the New Haven (Conn.) Register. I covered Derby and Seymour, two small, gritty, industrial towns in the Naugatuck Valley. It was a general-assignment job. I wrote about everything in those towns except sports. Took pictures, too, even though I had no training as a photographer. We were paid for every pic the paper ran. Can’t remember how much—maybe $10 or $15 apiece. I needed the extra cash, inasmuch as my starting pay was $150 a week. I lasted at the Register for two years before landing a job with the AP in Louisville.

Where did you go to college and what did you get your degree in? Tell us a bit about your experience.

Cornell University for undergrad, University of Missouri-Columbia for a master’s in journalism. Cornell is where I caught the journalism bug. But it had nothing to do with the school. During my sophomore year, I joined the Cornell Daily Sun, an independent, five-morning-a-week daily, as a sports writer. A year later I became editor. In my final semester, after my term as sports editor expired, I tried my hand at a few news stories, liked it and decided to go to grad school. I majored in government at Cornell. I can’t say I ever directly used my major in any of my journalism jobs (not even the two years covering Congress). But I did have a lot of opportunities to practice my writing skills, and I did well enough to conclude that I had the chops to be a journalist.

What drew you to the financial journalism?

Pure chance. I was covering Congress for US News & World Report during the early part of the Reagan administration. One day, in late 1982, I was told I was being moved to the business staff. At first, I was writing about companies and industries. It didn’t take long before I was writing about investing in companies and sectors. I also started doing personal-finance articles, particularly on tech, telecom and consumer electronics.

What is your favorite and least favorite part of your job?

Sports fan? What teams do you root for?

I love baseball, the most cerebral of the major sports, and still play in adult hardball leagues. My favorite team is the Brooklyn Dodgers. I’m lucky enough to be able to say I saw them play once at Ebbets Field, in 1955, and I consider Jackie Robinson to be a seminal figure in U.S. history. Since I can’t see Brooklyn play anymore, I’ve adopted the Washington Nationals as my current favorite team.

What’s one of your guilty pleasures?

Breakfast dessert. I almost always have something sweet after my bagel or toast—and I don’t mean fruit. Could be a cookie, a piece of cake, doughnut. Lately, I’ve taken to halvah, a Middle Eastern dessert made with sesame seeds. I take my degradation a step further by getting chocolate-covered halvah. Luckily, I have good metabolism

What was the first album/CD you bought?

Murray the K’s Gassers for Submarine Race Watchers (clearly, you have to be of a certain age to know who Murray the K was or what submarine race-watching refers to).

What does a day in the life Manny Schiffres look like?

It’s incredibly boring. I read The Wall Street Journal while eating breakfast. I check email before I head to work. Once I get to the office, I check email again, attend whatever meetings are on my schedule, talk to my writers about what they’re working on and edit any stories that come in. Most of the meetings involve planning coverage of investing stories for the magazine and the web. As we approach the magazine’s deadline, the job shifts somewhat to the nitty gritty involved in putting out a print publication—reviewing copy editing and checking changes, writing captions and introductions to charts and tables, and fitting stories. All that anachronistic stuff. Once in a while, a fund manager or market strategist will stop by our office and I’ll sit in on a meeting with him or her. With whatever free time I have, I’ll read: newspapers, magazines, missives from investing gurus, fund companies, brokerage firms. I use this to generate ideas. I normally check emails before I retire as well.

Before We Let You Go…

Flash forward 10 years. What does the media landscape look like?

Fewer print publications—maybe just one title in each category. Most people will receive all, if not most, information electronically. No great insights here, I realize. If I really had a clue, I’d be a consultant or would write a book. Plus, I would have already figured out the investing angles and become wealthy in the process.

Still trying to make sense of it

What is one piece of advice you would offer PR professionals?

Know the publication/outlet to which you’re pitching.

Finish the sentence: In my next life, I want to come back as…

A major league pitcher (and I don’t mean a great PR person).

At the Hem of a Gladiator