Beyond the Byline with J.R. Whalen

We’re excited to bring back our “Beyond the Byline” series, a recurring Q&A style column aimed at getting to know our journalist friends in a way that extends beyond their published work. For this guest interview, we caught up with J.R. Whalen, video and podcast producer at The Wall Street Journal.

Ever tried asking Amazon Alexa for a news summary from The Wall Street Journal? If so, chances are you’ve heard J.R. speak. 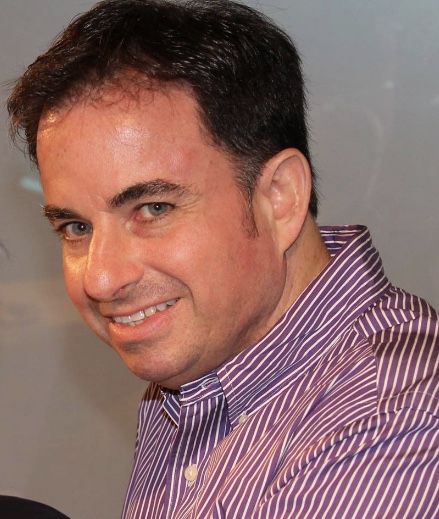 He produces, writes and anchors the WSJ 'Minute Briefing' news updates as well as the 'Your Money Briefing' podcast. He also books high-profile guests for the 'Secrets of Wealthy Women' podcast series and produces videos for social media promotion of the 'Future of Everything' podcast series. You can follow him on Twitter.

We’d like to say a very special thank you to J.R. for agreeing to participate. We know you’ll enjoy meeting him. Without further ado, J.R. Whalen…

What does J.R. stand for? It’s a nickname for junior. My real name is Richard, which is my father’s name and was my grandfather’s name. When I was born, my mother decided, to avoid any confusion or unwanted nicknames, that I would be known as J.R.

Where are you from? Tell us about your early years. I spent most of my childhood and teen years in South Salem, a small hamlet in Westchester County, New York. Growing up, I took a very early interest in television and being any kind of performer, whether it’d be a newsperson or television host. When I was 14, I built a TV studio in my bedroom and began producing my own news shows. My brother played soccer, and I would tape all the games and produce a highlights segment for him and his team at the end of the season. This helped build my video editing skills. Obviously, it doesn’t resemble video editing today – it was more like putting two VCRs together in a very clunky way but it taught me how to craft a story using raw footage.

Where did you go to college and what did you get your degree in? I went to Syracuse University and majored in political science. There’s a great story behind that, I promise. I applied to the broadcasting school at Syracuse, the Newhouse School of Public Communication. I got into Syracuse and was so set to major in broadcast journalism – I was going to go into television and set the world on fire…and then I did not get in to the broadcasting school. I thought my career was over at age 18.

That summer, I was working as a runner for CBS Sports at a golf tour event, and I was talking with a CBS producer who said, “Hey kid, where are you going to school?” I said, sort of defeatedly, that I was going to Syracuse and wanted to major in broadcast journalism, but didn’t get into the broadcasting school. He goes, “Hey look, anybody can teach you how to go on air and talk. What you have to be able to do is to know what you’re talking about. You should major in political science, in history, in English, in philosophy, whatever.” Then he said words that I will never forget, “You have to be able to go on air and bullshit with the Ayatollah.”

Tell us a bit about your experience. How did you end up at The Wall Street Journal? At Syracuse, I did a lot of work on the side at the student-run TV and radio stations and got my first on-air professional radio job at age 19. After college, I had lots of opportunities to hone my production and editing skills, from working as a producer, host and news director at local radio and TV stations, to working in communications and sales at HBO, which allowed me to see the business side of television. I also did some work for Tony Robbins’ Dreamlife Network and served as the questions producer for “Who Wants to be a Millionaire.” Yes, I was the guy in charge of setting the dollar value for the questions.

Along the way, I kept in touch with the former executive producer of a morning show that I worked with at WCBS-TV, and she reached out when I was in between jobs and doing freelance work and asked me if I wanted to work for her at The Wall Street Journal. I accepted the offer and never looked back. The Wall Street Journal is an example of one of several dream jobs that I’ve had that I never applied for. It just sort of happened. It’s always good to apply for jobs, but you never know when the dream job will land on your lap, like a lot of things in life.

What’s one of your guilty pleasures? Candy. I try to stay in shape and have a strong workout regimen with my trainer, but Reese’s Peanut Butter Cups are my kryptonite.

What does a day in the life of J.R. Whalen look like? Well, let’s see. I get up around 6:30 am and I always like having big breakfast while I watch assorted news and sports shows. I have an apple, a cup of coffee and a protein drink. From there, I go to work, produce and host podcasts, book guests for assorted shows, edit videos to go with podcasts, and work out with my trainer about three days a week after work. Those are pretty much the hard milestones of my day. And I’m currently taking piano lessons so I practice after work at home.

What’s your favorite and least favorite part of your job? Favorite part is being back on air, which I really love. There really isn’t anything I don’t like except that there is so much to do and I don’t always have enough hours in the day to do everything.

Currently, you work on the “Your Money Briefing” and “Secrets of Wealthy Women” podcasts — what do you look for when sourcing guests? For Your Money Briefing, we’re mostly looking for guests who can talk about personal spending, changes in spending habits over the years, challenges of the current economy and stock market, and anything to do with people trying to get by. And, by the way, on days like Fed press conferences and employment report days, we look for high profile economists and strategists.

For “Secrets of Wealth Women,” we’re looking for highly recognizable female leaders in any high-profile career, whether it’s finance, clothing, food, travel. We want to talk with any well-known female leader who has set the world on fire, cast aside obstacles along the way and has a story to tell people that want to find similar success to what she has found.

How has financial journalism changed in the last 10 years? The world has become small in the last 10 years. There are so many moving parts in the global economy that impact all these different country by country economies that financial journalists need to cover the interactive, connective tissue between them. When something happens in Greece, for example, we explain to people this is why you need to keep an eye on your portfolio. A test I often use for myself is “can I make this story land in my father’s wallet?”

Flash forward one decade - what does the media landscape look like? I think it’s going to be a lot of the same in the sense of covering the global economy as one interlocking unit. However, I think we’ll see a change in the way media is being consumed, especially as we move towards delivering more bit-sized news content that can be easily read on mobile devices, listened to on home speaker devices like Alexa, along with the explosion of podcasts. All we can do is to continue educating people, especially around trends and how we can use those trends to project what’s happening in the economy and markets.

What are you looking for from PRs and how do you think the relationship should work best? Be as succinct as possible. Assume the reporter will be pulled away from your email within 30 seconds. When pitching something, include your client’s name, title and why they’re important to us at the very top of the note, then go into a longer paragraph which we may or may not get to. Making sure who and what you’re pitching is in line with the goal and mission of the show is equally important. I also suggest providing a short list of dates and times that your client is available, so that we can negotiate and figure out timing based on that list. This makes the booking process much more efficient for everyone involved.

Finish the sentence: In my next life, I want to come back as a… Formula One driver behind the wheel of a Porsche.

To Heck with the H.R. Department