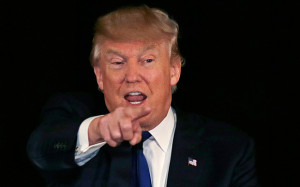 A number of Britain's largest financial institutions have this week been instructed to empty their piggy banks and create an extra £27bn buffer. The idea is for this buffer to maintain core financial services, should they succumb to the damning effects of future financial crises. An active effort to kill the perception that these banks are "too big to fail."

Christine Lagarde, Managing Director of the IMF, has stressed this week, her eagerness for the UK to remain a part of the EU. It comes with the uncertainty over their position regarding the government's plans to hold a referendum on the decision in the near future. It seems that one of your own has touched a nerve with the UK public this week, with a petition to ban Donald Trump from the UK surpassing half a million signatures.

Even When Apple Gets It Wrong, They Get It Right