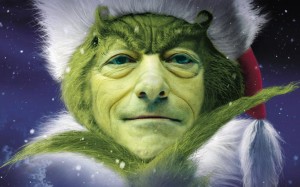 This week, the UK's parliament voted to commence air attacks in Syria. The controversial decision was made after a 10 hour debate in parliament and has divided the nation's support.

Mario Draghi, the President of the European Central Bank, has sent shockwaves through the system as he cut the deposit rate to a record low of 0.3%, and committed to buying 60bn Euros of bonds each month, for as far out March 2017. However — and this is the kicker — this was far less aggressive than markets expected, and the Euro climbed by 4% against the dollar, and markets crashed. Morrison's, one of the UK's (apparently) former favourite supermarkets has dropped from the FTSE 100, after 15 years as part of the City's bluechip index.