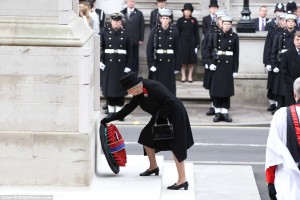 At the 11th hour, on the 11th day, of the 11th month, the nation observed a 2 minute silence for Britain's fallen soldiers. A ceremony was held at the Cenotaph in London, where amongst others, the politicians and Royals showed their respect by laying wreaths of poppies.

This week, the UK had another state visit, this time from the Indian Prime Minister, Narendra Modi. Modi spent 48 hours in the capital, meeting up with the Prime Minister, and finding the time to address 60,000 of his fans at Wembley this evening. However, not everyone was pleased about the visit. Modi was previously banned from the EU for over a decade, accused of condoning Hindu nationalist violence and a pogrom that resulted in the deaths of over 1000 Indian Muslims.

We had some movement on the UK's EU reform negotiations this week as the Prime Minister, David Cameron sent a letter to Donald Tusk, the European Council President. The letter laid-out the Prime Ministers objectives for EU reform, however, Tusk has since said that goals will be "very, very tough" to meet. More news to follow...