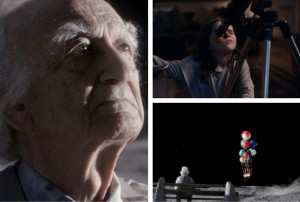 Love it or hate it, as far as UK consumers are concerned, it's officially the Christmas season. In what must be one of the most successful British retail marketing campaigns of all time, John Lewis, the department store, released their much anticipated Christmas advert today in what is now being known as "ËœJohn Lewis Christmas Advert Day'. To emphasise just how huge this is in the UK, it was released this morning at 8am and 10 hours later, has over 2.1 million views! Notorious for bringing a tear to the eye, this year's advert features a little girl striking up an unusual friendship with the man on the moon. Watch it here and let us know your thoughts! Read More

Mark Carney, the Governor of the Bank of England, has shocked the UK's financial industry by suggesting that interest rates are not likely to rise until 2017. This follows the Bank's decision to keep interest rates at 0.5% where they have remained for more than six years. Read More

The government faced protests last night as 30,000 people marched on behalf of 'Anonymous' against the UK's capitalist system. What started as a peaceful protest turned rather nasty, with a number of protesters turning on police; injuring three of them and six of their horses. Read More