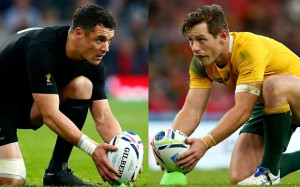 Rising British national treasure, Benedict Cumberbatch, has been playing the part of Hamlet in London's latest performance of Shakespeare's famous play. Nothing unusual there, we're aware; however, the actor has also been using the success of the production as a medium to speak on the international issues regarding the refugee crisis, with some rather colourful language!

The final of the Rugby World Cup shall take place at Twickenham Stadium tomorrow afternoon as the Aussies and the Kiwis take to the pitch. On the 44th day of the tournament, millions all over the world are expected to watch the all-Oceanian match. However, let's be honest - we all know the Scots were cheated!

Following the revelation of VW's diesel emissions scandal earlier this quarter, a loss of $1.83bn was reported by the company. Rather morbidly, Harvard and MIT have also reported this week that the scandal could be the cause of death of up to 200 Britons by pollution poisoning if it is not rectified quickly enough.

Prosek London's Jovan takes a look at Google's recent $2.7 billion dollar fine from the EU's antitrust watchdog and what it could mean for the future of technology and government.

Are We Royal Baby Mad?

Thrown Under the Cart? PR Professional Fired For Impersonating a Journalist