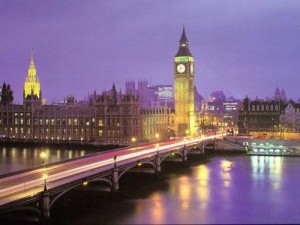 -The Rugby World Cup is officially here! Tonight is the first game of the tournament taking place at Twickenham with England facing off against Fiji. England's chances of succeeding are not looking too hopeful as they have been placed in what is being called the 'group of death' which includes in it Australia, Wales, Uruguay and of course Fiji too. But hey ho, we will still be singing 'Swing Low, Sweet Chariot' at the top of our voices. Read More

-Newly elected Labour party leader, Jeremy Corbyn, has sparked nationwide outrage after failing to sing the national anthem at the Battle of Britain remembrance ceremony. Corbyn originally defended his decision not to sing along, saying that he stood purposefully in silence throughout the ceremony as a sign of respect. However since then, Labour sources have confirmed the party leader with sing the anthem in future! Read More

-A new study was carried out this week, proving that our Londoner complaints are actually valid! The study has shown that the UK capital is the sixth most expensive city in the world in which to live and work, but that its workers are not in the top 10 global earners. For our Prosekians in New York, you may be interested to know that the Big Apple had the greatest variance across gross wages, meaning that it is ranked at 100 in comparison with London's position of 13 for top global earners. Read More

-Now for some BREAKING NEWS, K-Mid has a new do! Yes, that's right, our dear Princess Kate has now got a fringe. This new hair development coincides with Kate's return to her official duties following the birth of her second child, Princess Charlotte. The fringe has divided the nation (and indeed the Pro-London office) on whether this is a good look for the royal. I will let you come to your own conclusions. Read More