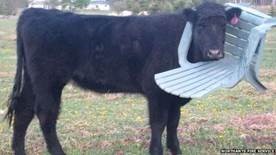 The House of Lords has faced criticism after David Cameron announced the appointment of 45 new members. The intake included a number of controversial characters, such as MPs who were formerly caught up in the infamous expenses scandal, and a city banker who has previously donated millions to the Conservative party. Needless to say, it feels like the ongoing debate over the legitimacy of the House of Lords is coming to a head.

Official figures demonstrate that UK economic growth was unrevised at 0.7% for the second quarter of the year. The Bank of England expects similar momentum to be maintained throughout the rest of 2015, forecasting 2.8% growth overall.

The announcement of a One Direction break-up sent the international financial markets into freefall this week. Following the release of the band's statement, Asian fans were quick to give up on everything, leading the Chinese stock market to plummet. As the news of the split spread, the Chinese were quickly followed by many other international markets, including the FTSE and the DOW. Thankfully the crash began to slow down after it was revealed that the band are not, in fact, breaking up; more rather, taking a temporary hiatus to concentrate on their solo careers. By Jove - thank goodness for that! [Disclaimer: there is a small possibility that the two events were completely unrelated]

And for the most British news story of the week: Fire-fighters in central-England were called out in an emergency, to assist a curious cow who got its head stuck in a plastic chair. Although thorough investigations have been launched, investigators are still uncertain as to how the chair ended up where it did. Stay tuned..