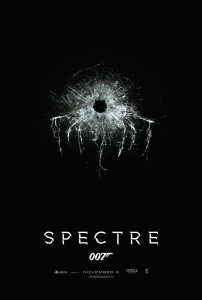 Everybody's favorite Brit (after Kate Middleton) came back into the spotlight this week as the title and cast of the new James Bond film were revealed. Daniel Craig will be getting back into his Aston Martin to play the enigmatic superspy in his latest outing "Spectre"—vodka martinis at the ready!

The Autumn Statement was the BIG story this week. As the final chance to offer voters "goodies" ahead of next year's election, the Chancellor announced a reform to stamp duty (a tax on property purchases), hoping to grab the positive headlines. However, the required future spending cuts have been described by the Institute of Fiscal Studies (one of the most reputable economic think tanks in the UK) as "colossal", which kind of ruined the party for the Government.

Oil was the other big story. As the cost of Brent fell to a five-year low, a global story took on a distinctly European feel as commentators (and investors) speculated on the impact it would have on the Russian economy. Nearing the calamitous sovereign debt crisis the country faced in 1998, the ruble was down almost 6.5% against the dollar. However, the drop in the price of oil may be a good thing for other advanced economies which, according to the IMF, can expect a 0.8% boost to GDP if oil prices decline by 30%. "Greasing the economy" has taken on a whole new meaning!

In festive news, Tony and Cherie Blair's Christmas card was ridiculed this week. It has been described as "menacing", "creepy", and "fabulously awful" but we'll let you judge for yourselves.