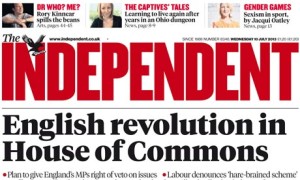 While no one particularly likes to discuss their salary, Google’s EMEA President, Matt Brittin, went to such extreme lengths not to disclose this information to a public accounts committee that he claims he doesn’t actually know how much he earns. Suffice to say, this was met a cacophony of laughter and disbelief in the room. Watch and read more.

Some have argued that the National Health Service (NHS) in the UK was officially under threat this week. The Health Secretary, Jeremy Hunt, has decided to impose a new contract and work place regulations on all junior doctors (up to consultants/senior doctors) against their will. While basic pay will increase, junior doctors will have to work longer and more anti-social hours. The doctors, themselves, argue that this will tire doctors out and jeopardise patient safety. Read more

The Elephant in the Room at London Tech Week

Tish Sanghera uncovers the elephant in the room at London Tech Week - Talent.

Mark Kollar recaps the week's biggest headlines in this edition of the Media Navel Gaze.