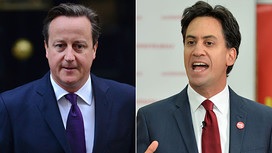 This week the BAFTAs took place in the UK, which are often regarded as the British answer to the Oscars. Although America's Boyhood won the Best Film, and Julianne Moore won the BAFTA for Best Actress in a leading role; the UK's darling, Eddie Redmayne, still managed to bring it home for Britain by winning Best Actor. The Oscars are all to play for! Read more

It kicked off in a rather large manner on Wednesday at 12 o'clock, when the Prime Minister, David Cameron, and the leader of the Opposition, Ed Miliband, clashed in Parliament. The topic that has been on everybody's lips this week is 'tax evasion', after it was revealed that HSBC's Swiss branch may have been helping its British customers to illegally lower their tax bills. On this point, Mr. Miliband accused one of the Conservative party's main donors, Lord Fink, of having dodged tax; in response Fink threatened to sue him. However, the Labour leader stood his ground and the threat was dropped, with Fink admitting to some "vanilla" tax-avoidance. An important 'win' for the Labour party with the May election looming. Read more

The Bank of England this week warned that Britain is sliding towards negative inflation for the first time in over fifty years but, offering a glimmer of hope, said falling energy and food prices will help to boost consumer spending. This strong economic growth should help to prevent a deflationary spiral. Read More.Â