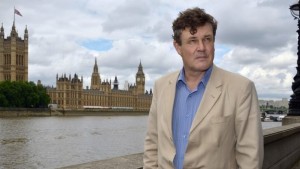 The Daily Telegraph came under fire this week after its chief political commentator abruptly resigned, citing the paper's "reluctance" to cover the HSBC tax-avoidance story due to what he believed was pressure placed on the paper's advertising team. The brouhaha that has ensued has opened a whole debate about editorial independence and has started a mudslinging contest between a number of titles—popcorn at the ready, this could be a good one! Read More

As we write, we wait with baited breath on the outcome of Greece vs the Eurozone: the grudge match! Seemingly endless discussions have, so far, been fruitless, but as the deadline on Greece's loan deal approaches, something will have to give. Who needs Netflix with drama like this readily available? Read More

For those of you following UK government finances (C'mon, we know that is all of you!), you'll be pleased to know that the highest surplus for seven years has been recorded for January 2015 (£6.5bn if you're interested). This provides a significant boost for the Chancellor in the run up to the General Election. Read More

For the fashionistas amongst you, London Fashion Week kicks of today, heralding the arrival of numerous celebrities, models and designers. Read More