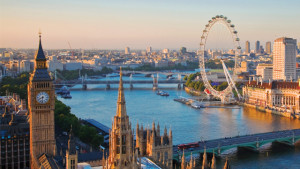 Relations between the UK and Russia became somewhat heated this week, as an independent enquiry concluded that President Putin probably signed-off the assassination of one of his most vocal critics on UK soil. Alexander Litvinenko was a former officer of the Russian secret service, who defected to MI6 and sought asylum in the UK before being poisoned in London in 2006. Former FSB officer, Andrey Lugovoi – understood to be one of the two assassinators - is now a politician sitting in the Lower House of the Russian parliament. Read More

A UK lottery winner has won £33million but may not have noticed yet! The National Lottery has been searching for the owner of the ticket, which was purchased in Worchester England and is one of two tickets sharing the £66million jackpot. Check your pockets, folks! Read More

Finland have started to offer culture classes to their new influx of immigrants, in a move that other European countries are seriously considering. The classes combat a number of cultural issues but largely emphasise the treatment of women in western liberal societies. Read More

This week, the World Economic Forum took place in Davos, Switzerland; with global political and business leaders heading to the mountains in force, on a mission to improve the state of the world. Hundreds of official sessions were crammed into the five days, as well as dozens of private parties and networking events. Read More