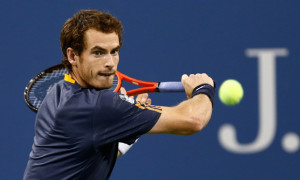 Today we raise a glass to a British icon - the Land Rover Defender. This morning, the nation mourned as the last Defender ever to be made rolled out of the Solihull factory after 67 years of production. In true British form, the car, a favourite of agricultural workers and royals alike, was applauded from the production line to Jerusalem and a fireworks display.

Some tennis news from today – both Andy and Jamie Murray are in finals matches of the Australian Open. World number two, Andy Murray, shall face World number one, Novak Djokovic, in the men’s singles on Sunday; whilst his older brother is competing in the men’s doubles final tomorrow.

The Southern English rail service has received a bit of a kicking this week, as London’s commuter trains have been found to be the unhappiest in the country. This follows a number of complaints about British train services with one member of Parliament even arguing that we should thank rail services on the odd occasion that the trains do arrive on time.

Today is apparently 'Mad Friday', one of the busiest days of the year for UK pubs and clubs. Revelers have been warned to drink responsibly.