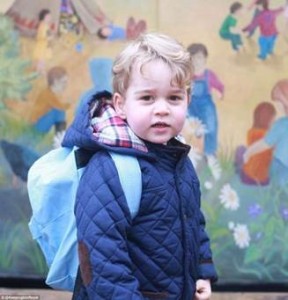 Prime Minster David Cameron has given the conservative MPs a free vote on Brexit, in a controversial move which has sparked speculation that the referendum could be held as early as June/July this year.

CEO heads have started rolling early this year, Marc Bolland has stepped down as CEO of iconic British retailers Marks & Spencer after disappointing Christmas sales, which in true British fashion have been blamed on the weather.

A banking culture inquiry has been shelved by the Financial Conduct Authority. The FCA had planned to look at whether pay, promotion or other incentives had contributed to scandals involving banks in the UK and abroad. It has been seen as evidence that the post financial crisis era of ‘banker bashing’ is ending, in line with the removal of Martin Wheatley former chief executive of the FCA and a fierce banking critic.

Perhaps superseding the cuteness which was Duke and Duchess of Cambridge’s Christmas card in the last edition of Bitesize Blighty, Prince George was pictured attending his first day at Nursery school!