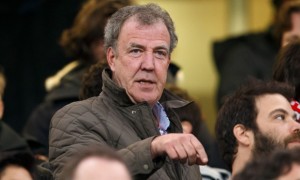 The UK General Election race moved on to the topic of kitchens this week as the Labour leader, Ed Miliband, was criticized for having two kitchens in his house. After being ridiculed for a photoshoot with his wife in what looked like a pretty basic kitchen, a friend of the Miliband's leapt to their defense (and gave the game away) by explaining that this room was in fact a "functional kitchenette" and not the couple's main kitchen. With friends like that, who needs enemies... Read More

Transatlantic relations suffered a blow this week after the US rebuked the UK for applying for membership to the Asian Infrastructure Investment Bank (AIIB). US National Security Council spokesman Patrick Ventrell said: "We believe any new multilateral institution should incorporate the high standards of the World Bank and the regional development banks." Handbags! Read More

It has been a big week for British banking after it was announced that TSB looks likely to be swallowed up in a £1.7bn deal by Spanish bank Sabadell. In the same week, challenger bank Shawbrook unveiled plans for a £1bn flotation just days after rival bank Aldremore surged on its debut. Read More

One of the UK's most popular TV shows was thrown into turmoil this week after one of its presenters was suspended by the BBC for allegedly punching a member of the production team. Motoring show Top Gear is one of the highest rating BBC programs, and the suspension of Jeremy Clarkson has led to the remaining shows being cancelled. The incident, which was apparently prompted by a lack of food, has split the country; within 24 hours, almost half a million people had signed a petition demanding that Clarkson was reinstated. However, this isn't the first time that he has landed in hot water with his employers, but this particular incident could well be last straw for Auntie Beeb. Read More