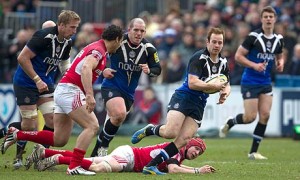 Just two weeks from the national economic budget, the Chancellor of the Exchequer, George Osborne, has backed away from radical pension reforms, with concerns that they could prompt a backlash from affluent voters.

The Great British game of Rugby has come under fire this week as numerous UK health experts and academics published an open letter suggesting that the game, in its traditional full contact form, should be banned in schools. For those that don’t know, rugby is perceived as one of the world’s most physical sports – it is not dissimilar to ‘Football’ sharing similar origins, but is relatively non-stop and the players do not wear armour. Campaigners in the pro-Rugby camp have argued that if we were to ban the game, we would only succeed in mollycoddling our youth – of course there are risks but it builds character.

It has been announced that Facebook has been ordered to pay millions in tax to the UK government. This came after it was revealed that the company paid only £4327 – less than most individuals pay - in corporation tax last year by routing its sales through Ireland.