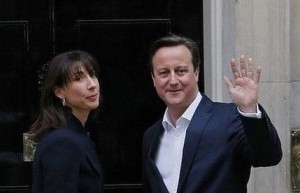 The Conservative Party has won the UK General Election with a majority of 12 MPs. This will allow the party to form the next government without needing to enter into a coalition arrangement with another party. David Cameron promised that the next term would be focused on creating a "greater" Britain—see what he did there? Read More

The Labour Party had a shocking night, mainly at the hands of the Scottish nationalists. Some of the Party's biggest wigs lost their seats including Shadow Chancellor, Ed Balls, and campaign Chief, Douglas Alexander. The poor performance has led Ed Miliband to resign from his role as party leader. Read More

However, the Labour Party weren't the only ones. After suffering historic losses, Nick Clegg, the leader of the Liberal Democrats, has stood down as the party leader. His party, which has been a coalition partner for the past five years, returned only 8 MPs—down 49 since the 2010 election. Read More

This year's political firebrand, UKIP, also had a disappointing night. Nigel Farage, the Party's "charismatic" leader, failed to win his seat and has also resigned...though he did say he may come back. Read More

The only party (other than the Tories) than can claim to have had a good night are the Scottish National Party. The party won 56 seats to become the third biggest party in parliament. One of those MPs will be 20 year old Mhairi Black, the youngest MP we've had for centuries. Read More.

Opening the Gate to the "Online You"