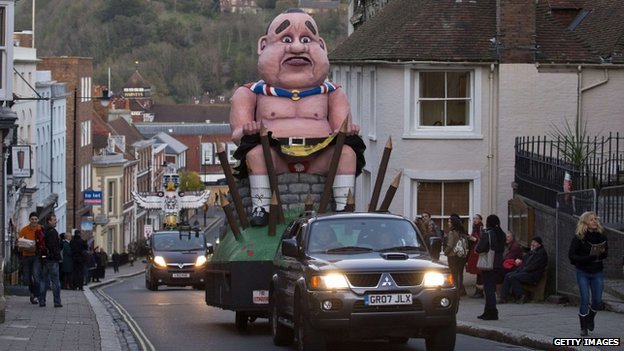 The Labour Party leader, Ed Miliband, is facing a potential ousting just 6 months before the general election. Mr. Miliband's leadership style has been consistently called into question and recent polls suggest he is now more unpopular than previous political bad-guy, Nick Clegg. Ever the politician, Ed insisted that the rumours were all "nonsense" and that he will lead his party to victory in May. His cause hasn't been helped by a Twitter profile that has been set up to highlight the difficulties he has in completing everyday tasks.

The soap opera that is the UK's relationship with the EU took a conciliatory turn this week. Regular readers will recall that the EU had asked the UK to pay a £1.7bn levy, however it was today announced that the fee would be halved and paid in two separate installments in the second half of next year. However, any goodwill will surely be short lived as the growing popularity of anti-EU party, UKIP, forces the mainstream parties to take a tougher stance on relations with the EU. Read more.

In what is being termed as the spies vs the nerds, the new head of GCHQ (the UK's electronic surveillance agency) suggested that internet users should rethink their attitude to the US tech companies that he has described "command and control networks" for terrorist organisations. Read more.

Tradition dictates that the festive season is kicked off by the John Lewis Christmas Advert in the UK, and this year's effort hasn't disappointed. Featuring a boy and his penguin (as you do), it cost an incredible £7m to make and received 4.5m views on YouTube in its first 48 hours. Read more.

Finally, the sleepy town of Lewes caused controversy this week by attempting to burn two giant effigies of Alex Salmond, the former leader of the Scottish Independence movement. Every 5th November, bonfires are lit up and down the country and "guys" are burnt to commemorate the gunpowder plot. In an attempt to avoid controversy, the police asked the organizers in Lewes not burn the poor Alex, so instead they blew him up with fireworks. Read more.

The Importance of Internships