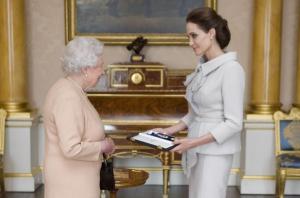 This week the UK Independence Party (UKIP) gained its first elected member of parliament after Douglas Carswell won the by-election that was triggered by his own resignation as a Conservative MP. The rise of UKIP has sent fear into the political establishment, one might even say that the mainstream political parties have been caught (U)kipping. Read More

Sticking to politics, a vain attempt to defend the hapless Labour Party leader, Ed Miliband, backfired today when a senior member of the party bizarrely suggested that he had "panda eyes and strange lips"—however, Jack Straw, a former Cabinet minister, didn't see this as a problem suggesting that both the Prime Minister and the Deputy Prime Minister share the same aesthetic qualities. Read More

Ask not for whom the Bell tolls, it tolls for thee: One of the most prominent PR men in London found himself on the wrong side of the story this week. In an interview with the Financial Times, Lord Bell—the founder of PR firm Bell Pottinger—divulged his nostalgia for a time when nepotism was rife and described bankers as "complete criminals", despite representing a number of them. The article is a textbook example of how not to do a media interview and can be found here. His subsequent and inevitable apology followed the next day. Read More

Brangelina have enjoyed a Jolie day out to Buckingham Palace after Angelina was honored by Her Majesty the Queen for her efforts towards the fight against sexual violence and her services to UK foreign policy. Angelina has been made an honorary Dame, the female equivalent of a Knight. Read More

However, the Royal Family was less impressed this week when Mulberry (the handbags, not the harbor) used a Royal palace to promote their latest design of bag. Read More

And finally, the British obsession with house prices rages on, but research confirmed this week that we might literally be living in a bubble. Property experts have warned that house prices could rise by a staggering 30pc over the next five years, prompting fears of a housing bubble and, more worryingly, increased homelessness. Read More

It's Hammer Time: WireDoo.com Searching to Nail It