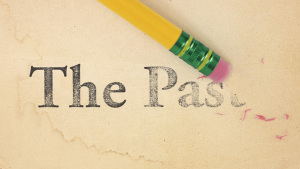 The markets went haywire this week, causing several high-profile IPOs to be put on hold, including the planned flotations of Aldermore and Virgin Money, two UK challenger banks. However, it wasn't all bad news—the shoe lovers amongst us will be pleased to know that Jimmy Choo had a successful first day of trading on the London Stock Exchange, perhaps highlighting the uncorrelated nature of shoe investment (or maybe not!). Read More

A battle of the heavyweights emerged this week over data privacy in Europe. The recent "right to be forgotten" rule allows people to ask Google to remove certain information from appearing in search results. However, the BBC believes there is actually a "right to remember" and will therefore be publishing a list of all BBC stories that are blocked by the search engine. That'll show 'em! Read More

International diplomacy reached new heights (or lows) this week. Ahead of the upcoming G20 summit, Tony Abbott, the Australian Prime Minister has bizarrely threatened to "shirt front" Russia's Vladimir Putin. This Aussie Rules term refers to an illegal tackle whereby a player roughly handles their opponent. A Russian Embassy official branded the comment "immature" before pointing out that, while Abbott may be a fit cyclist, Putin was a judo champion. I know who my money would be on. Read More

In lighter-hearted news, London was troubled last night by the worrying predicament of one dedicated book lover: American tourist, David Willis, found himself locked in the Trafalgar Square branch of book store, Waterstones. In a sign of the world we live in, Willis shunned the idea of calling anybody for help, and instead relied on the incredible power of Twitter. #FreeTheWaterstones1 garnered 9,704 tweets before David was eventually freed. Read More