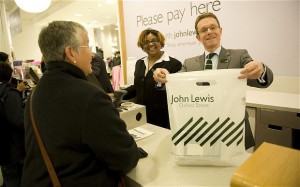 It was the Conservative Party conference this week and it got off to a bad start for David Cameron as a second Member of Parliament (MP) defected to the UK Independence Party (UKIP). Following the news, the gaff-prone Conservative Mayor of London, Boris Johnson, labeled defectors as "utterly nuts"—yet some betting shops are giving odds on the Prime Minister even defecting himself.

The story quickly shifted to actual events at the conference, and particularly David Cameron's closing speech in which he laid out his plans for a further five years of a Conservative government, including an impassioned defense of his policies on the NHS. A case study in passionate politics and definitely worth a watch.

Further embarrassment was not far away, however, after the Conservative candidate for the European Commission was described by MEP's as having "no clue" and not being up for the role. Belgian MEP, Philippe Lamberts, noted that the candidate, Lord Hill, "failed to come up with a single good idea" on "a whole set" of crucial areas. Yikes!

The boss of British department store, John Lewis, also landed in hot water this week after referring to the France as "sclerotic, hopeless and downbeat," saying he had "never been to a country more ill at ease ... nothing works and worse, nobody cares about it". The manager claims that the comments, which he made on a trip to Paris, were tongue in cheek and never meant to offend. Not sure how he thought he'd get away with that one!

And finally, the Financial Times looked this week at which city—New York or London—is the financial capital of the world. The article, which was based on a study by McKinsey, suggested that New York was becoming less attractive for financial services due to the regulatory environment and that London's light-touch approach made it a more appealing place to do business. We'd be interested to hear your thoughts!

Looking for a Sweet Groupon Deal? Pay Them to Name Your Baby.