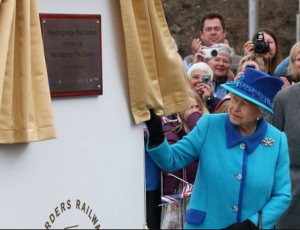 This week, the Queen quite literally won the Game of Thrones - Wednesday marked the Queen's 23,226th day on the British throne, surpassing the reign of her great-great-grandmother, Queen Victoria. Turquoise clad and clutching her trusty black handbag, the Queen addressed the public to thank everyone for their touching messages support - good work, Queeney!

So, as promised last week, David Cameron did announce that the UK would increase its intake of refugees currently fleeing the war torn Middle East. However, the 20,000 extra migrants that the UK has now promised to take in over next 5 years pales massively in comparison to Germany, who promised 25 times this. A step in the right direction but many people are still unconvinced that we are doing enough to help.

Also in British politics - Parliament has set an official date for the debate on legalising cannabis in the UK. The discussion shall take place on Monday the 12th October in the House of Commons, and is being held in response to an official parliamentary petition that has received a respectable 211,000 signatures.

A similar petition was posted this week, pleading to "swap" Katie Hopkins (an incredibly unpopular British television personality) for 50,000 Syrian refugees. The petition, which contends that Mrs. Hopkins should be sent to Syria to avoid further national embarrassment, has been signed by an astonishing 60,225 supporters. We encourage any British passport holders to get involved in the cause.

Following a sharp drop in the unemployment rate, the UK has followed into the Fed's footsteps and is looking at its first increase in interest rates for more than eight years. Bank of England officials are very busy attempting to anticipate what the actions of their US counterparts will have on the British monetary outlook.