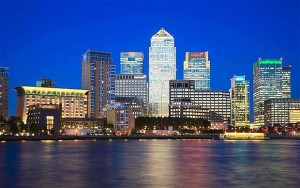 The name is Smith, Sam Smith... The theme tune to the upcoming James Bond film, Spectre, was released today to mixed reviews. Sam Smith's 'Writing's On the Wall' is the first Bond song to be recorded by a British male solo artist since Tom Jones' Thunderball in 1965. Have a listen and see what you think.

VW, the world's largest car maker, has been found to have been fitting their cars with 'defeat devices' to rig emissions tests. The UK's Department of Transport said it would begin re-testing cars from a variety of manufacturers to ensure that the use of such devices is "not industry wide". British motorists could also launch personal claims against VW, with law firm Leigh Day saying it was considering action for consumers over a breach of contract.

It has been revealed that the government may privatize one of Britain's largest publically owned, commercially funded broadcasters - Channel 4. This revelation came about after an official was unintentionally photographed entering Downing Street with a document setting out options for a sell-off. Ooft - we bet someone's in trouble!

In other news, little old London has flown past New York as the world's best financial centre, after the UK dominated the rankings compiled by analysts at the Z/Yen Group. Our capital topped every single category in the index, with the best business environment, the most developed financial centre, the most impressive infrastructure, the best human capital, and the top overall reputation. Better luck next time, guys!

Is the Truth in the Blockchain?

Hal Bienstock discusses the many uses of blockchain as a tool in our industry.