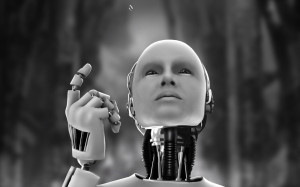 In a recent PRWeek blog post entitled "Can Robots Pitch?" I argued that PR, and specifically the most profitable parts of the public relations business, might be more protected than other professions in an era where Robots are replacing people at work. I was intrigued by the fact that the post didn't get as much traction as I thought it would and wondered if it was just too "out there" for my peers and colleagues.  So this weekend, when I read an article in The New York Times entitled "Who Will Prosper in the New World", I was comforted to see that I was indeed on the right track with my theory.

The article discussed the professions most vulnerable to automation and identified the types of folks who would survive and thrive in the future world.  Among the few cited, the article called out "people with a marketing touch."  The article noted that those who can "capture the attention of customers with the right human touch will command an increasing premium.”  It went on to say that "sheer technical skill can be done by the machines, but integrating the tech side with an attention-grabbing innovation is a lot harder."

Does this put PR professionals in a more protected class? I'm not sure I would go that far, but I would say we are faring better than other professions. Nonetheless, in a world where cars drive themselves, robots can pick crops, and computers can write their own articles, we should all be sleeping with one eye open.

Tales of a Black Communicator: Counseling Clients and Encouraging Allyship During Times of Chaos

Josette Thompson and Jalana Torres share their experiences as Black communicators in 2020 and offer counsel and advice for others as we navigate the year ahead.

The Apologizer in Chief: Tips for Corporate Communicators When It Comes to Saying Sorry

Will There be an Occupy Wall Street Debit Card in Your Wallet?