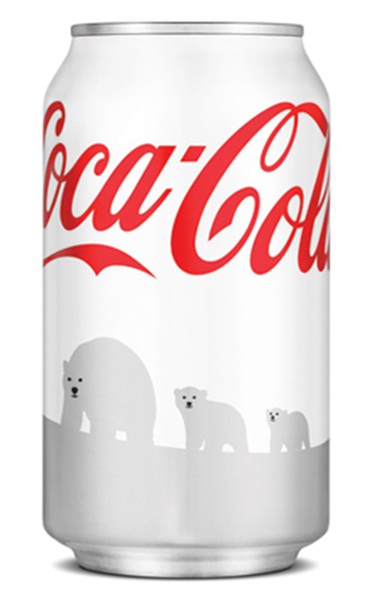 What is the importance of a brand? Or rather, what is the importance of a brand’s color? Just ask Coca-Cola, who last week attempted to correct one of the biggest mistakes that the world’s most recognizable brand has made as of late. Just close your eyes and imagine a can of Coca-Cola. What do you see? You mostly likely have a very good idea what it looks like without having to focus too hard. If you’re still not sure, walk to the company fridge and take a peak for yourself. The can’s bold red color and white cursive lettering has become synonymous with American pop culture.

About a month ago, Coke replaced its signature red can with a white design just in time for the holiday season. While most Coke drinkers have become accustomed to their holiday packaging, namely polar bears and Santa Clauses, the new can baffled me along with other Coke and Diet Coke drinkers alike. Hundreds of thousands of loyal Coke and Diet Coke drinkers flocked to Coke’s website as well as Twitter and Facebook to post about their experiences mistaking the white Coke can for the silver can of Diet Coke. And as a testament to the power of social media, Coke pulled the new model. Some of the customer comments accused coke of “trickery”, another referred to the white can as “blasphemy” and still others complained that mixing up the Diet Coke and Coke beverages was a “shock to the palate.”

By the way, the white design for the campaign is part of Coke’s partnership with the World Wildlife Fund to highlight global warming’s threat to bears’ Arctic habitat. Coke claims that the only thing that has changed about the classic beverage is the color of the can, and has even dedicated a page to their website highlighting how white Coke cans are distinct from silver Diet Coke cans. Hey Coke, here’s a tip, if you have to explain your marketing choice, it’s probably not the right marketing choice.

Coke claims that that the white can resonated with their marketing team because it was bold, attention-grabbing and reinforced the campaign theme, but that they also wanted the can to be disruptive and get customers’ attention. Congratulations, Coke. For a loyal Coke drinker like myself, however, I’d rather mistake the white can for a Diet Coke, than a Pepsi, any day of the week.

Representing Your Brand on the Front Lines

Private Credit Communications in the Time of COVID-19

Josh Clarkson shares his communications and PR recommendations for credit firms in light of the COVID-19 pandemic.