Conquering Adversity in the Face of Company Policies

As public relations professionals, we understand the importance of managing reputations and the impacts they can have on a company’s bottom line. Lately, though, it seems like an increasing number of companies are actively speaking out in support of social and political issues, such as marriage equality, climate change, gun control and a host of other controversial topics. 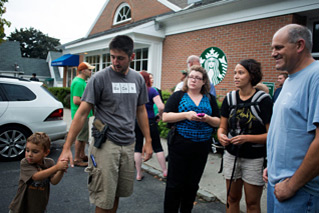 CEOs are realizing that publicly voicing their opinions about these social and political issues can connect them to customers and shareholders on a much deeper level. Although taking these stances promotes greater transparency and can elevate reputations, it can just as easily backfire, especially if a company is not aware of its audience. Any public relations professional would tell a client to take their customers into consideration before announcing support for one cause or another. It is essential for a company, particularly the CEO, to understand customer values, beliefs, habits and overall lifestyle before saying anything.

Now, what happens when you are a huge corporation trying to please a wide customer base with varying sensitivities? Just ask Starbucks, which recently faced a difficult situation when the nation’s gun owners declared August 9th ‘Starbucks Appreciation Day.’ This stemmed from the fact that Starbucks has a corporate policy following state gun laws, including ‘open carry’ laws in more than 40 states (including Connecticut) that allows permit-holding customers to bring their loaded weapons into the coffee shop.

Just to be clear, ‘Starbucks Appreciation Day’ was spearheaded by the gun activist community as a way to thank Starbucks for respecting what they perceive to be their second amendment rights. Starbucks did not promote or endorse it in any way. Zack Hutson, a Starbucks spokesperson, stated that “we comply with local laws and statutes in the communities we serve, abiding by laws that permit open carry.”

As you can imagine, this did not go over well at the Starbucks in Newtown, Connecticut, where the Sandy Hook shooting tragedy took place late last year. This put the company in a situation where they had to act fast and, in good old Starbucks fashion, they passed with flying colors. The Newtown Starbucks closed five hours early, before the kickoff of ‘Starbucks Appreciation Day.’ A letter written by Chris Carr, Executive Vice President of U.S. Retail, was posted on the door explaining Starbucks’ rationale for the early closure.

Although this angered some gun-rights activists, Starbucks responded out of genuine compassion for a community which is still grieving. I commend Starbucks for their decision, and for their ability to react to unexpected situations arising from company policies. They are able to balance a good reputation while staying true to the Starbucks brand.

Do you think Starbucks did the right thing?