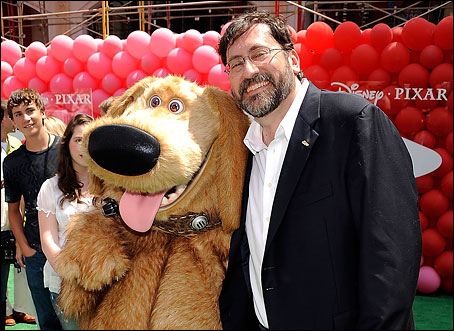 I read a Quartz article by Christopher Mims recently that took me back to my college days. During my senior year at Purdue we had a guest speaker named Bob Peterson, a 1986 graduate who earned his Master’s degree in mechanical engineering. That day, he told us a story, his story, that has had a tremendous influence on my career philosophy and gave a room full of young, ambitious, foolish men and women about to be unleashed on the worst economy in decades a glimmer of hope.

Engineering was a safe choice, but he was not in love with it. As a creative and emotional outlet, Bob created a daily comic strip, “Loco Motives,” about college life, for Purdue’s student-run newspaper, The Exponent. It was in his drawing, not his studies, that he found his true passion; but before he knew it, it was 1986 and he was working as a mechanical engineer. His dreams of being an artist quickly faded.

It wasn’t until he ran into a college buddy a few years later that the flame was rekindled. His friend remembered “Loco Motives” and urged him to leave his engineering career behind and join his young company of visionary animators called Pixar. You might think it was all rainbows and butterflies after that, but it wasn’t. Pixar offered to pay Bob, a young father, around $20,000 a year, less than a third of his salary as an engineer. I wouldn’t be telling you this story if he hadn’t eventually accepted, but it was a huge risk for him. He wasn’t just risking his personal well-being, but the well-being of his family. The decision tormented him at the time.

Since joining Pixar, Bob has been wildly successful. He was the lead writer and co-director of “Up,” which earned him an Oscar for Best Animated Feature and a nomination for Best Screenplay; was a screenplay writer for “Finding Nemo”; supervised the story for “Monster’s Inc.” (my personal favorite); worked as an animator on “Toy Story,” where, among other things, he created Sid Phillips (the demonic child); and has been the voice and creative mind behind several of Pixar’s most beloved characters, including Roz from “Monster’s Inc.,” Dug the Dog in “Up” and Mr. Ray in “Finding Nemo.” He is now on a six person team that Pixar refers to as the “Brain Trust,” a team tasked with keeping the creative standard they’ve established alive.

As Bob finished telling us his story, he pleaded with us to take one piece of advice from him to heart. He said that if we did, we too would find our dreams (and that he’d do the voices of Roz and Sid for us). His advice was this: “Make short-term sacrifices for long-term gains.”

Bob's message brings me back to the Quartz article titled “Amazon is going to do to enterprise cloud companies exactly what it did to book stores.” Amazon is offering cloud computing services at a fraction of the cost of its competitors, running them into the ground and quickly assuming the dominant position in the market. It is the same philosophy that Bob Peterson and so many others have engrained in me, but applied to business. Mims was dead on when he wrote, “The problem for Amazon’s competitors, as always, is that Amazon is headed by a CEO who is perfectly happy not to make any profit on the goods he sells.” He goes on to explain that Bezos believes, rightly so, that the Internet is still in its infancy. Because of that belief, he is willing to make short-term sacrifices in order to capture as much of the market as possible. As it grows, Amazon will grow with it. Eventually, Bezos surmises, being the market leader will become a highly profitable position. It’s the sacrifices that some people and companies are willing to make that differentiate them. Mims began his article with this recent quote from Carl Eschenbach, chief operating officer at VMware, during the company’s annual confab: “I find it really hard to believe that we cannot collectively beat a company that sells books.” In Amazon’s case, they’re certainly getting the best of their competitors.

I’d love to hear about some of the strategic short-term sacrifices you’ve made, people who have inspired you in your career and company philosophies that you admire!

When Facebook Isn't Enough: A Guilt Trip From Irene