Cutting to the Chase: Little Stories with Big Personalities 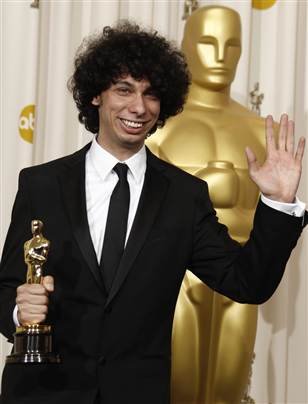 I’ve talked recently on this blog about a trend that I see developing in journalism of BIG HEADLINES and even BIGGER journo-marketing to attract readers with BIG success (Tiger Mom, for example).

Today, however, a little story with BIG personality won the day on an article being informative, entertaining, timely and full of life.

Please take a moment to read Pia Catton’s interview (“An Oscar, Yes. But Madonna’s Big Party? No.” in Tuesday’s Wall Street Journal) with Luke Matheny, the winner of the Academy Award for Best Live Action Short Film for “God of Love.” Here he will find a short interview with a short-film director that is not short on punch.

You remember Luke with the shaggy black mop.  He started his acceptance speech with something like, “I knew I should have gotten a haircut.”

Ms. Catton takes a moment to ask the young director about his post-Oscar night (made it to the Vanity Fair party, but not Madonna’s, lost the keys to his friend’s apartment, crashed in a hotel and had his car towed) and what’s next (acting would be nice to pay student loans and maybe even direct a new full-length film he wrote called “Ron Quixote”). (Video of Matheny's acceptance speech after the jump)

I asked Pia, who covers the arts for The Journal, why she picked this interview subject and how she got someone who seemed a little goofy and may cop a just-won-an-Oscar attitude to open up and be kind of charming:

“He’s a creative guy with a lot to say in his art, and those types of people usually have a lot to say in an interview.  He was a warm and talkative person. It was natural to interview him after the awards show and his speech.  And he certainly had an adventurous night.”

So, we eventually learn that the Bedford-Stuyvesant resident got his last haircut at SuperCuts on Sixth and Waverly in the Village. A nice close that took us back to Luke’s opening remarks in his acceptance speech, where this story all began.