Despite Hack Job, Sony is No Phony 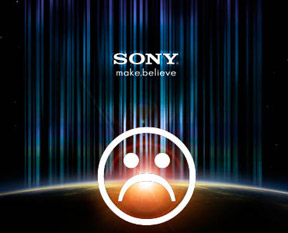 Hello, my name is Aaron, and I’m a gamer. Okay, I admit it; I don’t have the luxury of time other gamers have. On second thought, I really don’t play much at all compared to people that lock themselves in their parents’ basements to play massive multi-player online role-playing games (MMORPGs). Frankly, I’d rather go out on a hike or read a book, but hey, that’s just me—but I digress. Thanks to clever planning, a horde of gift cards and the benefits of Amazon’s black Friday sales of 2010, I was able to pick up a PlayStation 3 this past December for a killer price. And for those that don’t know the extent of my free time (or lack thereof), I wasn’t able to even open the box until February of this current year, but again, I digress.

The afterglow of my glorious purchasing prowess didn’t last long, however. Philosophically speaking, it can be said that we’re all masters of our own fates. As such, I saw myself as the catalyst that recently caused Sony’s PlayStation Network to be violated by an “external intrusion.” The resulting corporate carnage was that their networks and databases were hacked, yanking out all the usual suspects including, but not limited to: name, address, email address, birthday, Playstation Network login information and credit card data. Fun times in credit-ville.

All this unfortunate drama happened in April. We’re now nearing the end of May, so has there been a resolution? Partially. Ignoring the fact that Sony supposedly expects to lose $170 million over this and is still hammering out security issues, it has correctly addressed consumers via their blog with useful information. With humility and detail, it has explained what information was stolen, how it would affect their network, and for the most part, answered any questions its user-base might have. Even better, the blog is generally updated with new information multiple times a week. Furthermore, to demonstrate their thanks toward their users (in North America), Sony initiated an appreciation program with a variety of freebies. 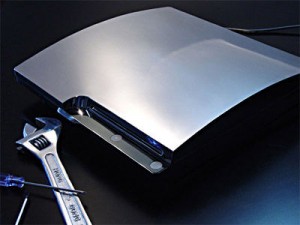 While the majority of vital information is housed at the blog, Sony is also using their other social media channels (Ex: Facebook and Twitter) to inform people of the current situation and updates to their network. While it’s easy to be frustrated in what is the latest in a seemingly constant flow of security-flawed companies losing our important information (seriously, who keeps personal information on a non-locked-down laptop?), I place value when responsibility is claimed and when I’m communicated to in a mature, non-condescending voice. Transparency is what earns my respect, and quick response time doesn't hurt either.

As of now, there are still a variety of network issues, with system updates being rolled out. Sony has also stated that other countries have been affected by similar hacks, so it’s easy to see how it’s not out of the woods yet, but hey, at least it’s trying despite the ongoing security concerns and threats to revenue. While financial losses will no doubt be accrued, consumers will most likely stay loyal since Sony communicated relatively quickly and respectively.

In life, bad things happen – how would YOU handle them differently? And were you affected by Sony's ongoing identity theft woes?