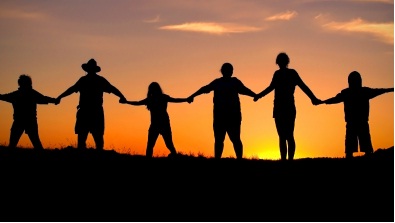 I read with great interest and some agreement Peggy Noonan’s Declarations’ column in The Wall Street Journal over the weekend called “America’s Crisis of Character.”

I do agree that many of us “think more and more people are worried about the American character – who we are and what kind of adults we are raising.”

Ms. Noonan relays recent examples of “disturbing stories,” from the tourist who was beaten in Baltimore where young people “surround him and laugh…busy taping it on their smartphones” to the recent rise of “flash robs,” where groups of teenagers swarm stores, rob and run. It seems these stories are increasing and we are made more aware of them as they are broadcast on social media channels for all of us to see and comment. All while the “positive stories” are pushed further and further away from A1.

With that being said, I feel compelled to report on this blog about a few stories I just experienced that were the opposite what Ms. Noonan share and actually restored my faith in people.

I just ended a two-week stint at a rehab facility called Village Care in downtown Manhattan to help me learn to walk again after hip surgery. As many know, I had low expectations going into my rehab visit and felt like I was going through the motions to get better.

Nothing could have been further from the truth.

I met over a dozen completely devoted and altruistic PTs, OTs and nurses who made it their job every day to make sure that I get back to normal and back to work, with compassion, patience and even a sense of humor.

Even more surprising, however, was seeing patients actually helping each other. Like when Shirley who lost a leg helped her new roommate get situated to how to live comfortably at the Center and never complained once about her situation (she even “walked” me to the front door upon my dismissal). Or when Chris made sure I laughed every day from stories about him and his wife of 56 years and my roommate’s wife absolutely insistent that I climb at least 60 stairs on my own before going home.

I wish I had YouTubed these and other stories I experienced over the last couple of weeks because these are just a few examples of America’s character! And I know there are thousands of untold “character stories” out there. So please take a moment and share yours in the comments.

Mark Snyder shares his story of being in New York City amidst the coronavirus pandemic.