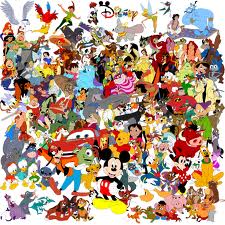 While perusing the New York Times last rainy Sunday afternoon for a good read, I came across a fantastic article written by John Jeremiah Sullivan that takes us through a narrative tale of his fatherhood trip to Walt Disney World. At first glance, the length of the article was a bit intimidating, but after page one I felt committed to Sullivan’s passion filled prose and, of course, his comical take on what he called “Disneying.”

And so here I am a few days later writing on a topic that, for whatever ironic reason, has come up recently in conversation more times than I’d care to admit—like waiting on line for the restroom, at a client meeting, and yes, even on a date.  Maybe it’s subliminal messaging? Or could it really just be that this cultural phenomenon has actually shaped the person I am today. Honestly, I think it’s a little bit of both.

As a baby of the 80s and thanks to Disney (and maybe Sesame Street), I grew up thinking anything was possible; that someday my prince charming would come and I’d run off through a redwood forest, and jump off a 300 foot cliff (and survive) like Pocahontas.  Little did I know that amidst my own fascination with fairy tales, Disney was building what is now referred to as its “Renaissance,” which took place in the late 80s-early 90s and resulted in such films as The Little Mermaid, Beauty and the Beast, Aladdin, The Lion King, Pocahontas, etc.

Fast forward 15+ years to college graduation, when I remember Sherlock Holmes-ing the heck out of my former childhood classmates on Facebook. Soon after and to my grand surprise I uncovered that many recent grads were enrolled in Disney World Employee training programs. It wasn’t until that moment that I realized the significance of brand loyalty—building a generation of Baby Disney consumers into Disney workers. The magical nature of the location, the characters and the stories were enough to draw in any vulnerable college grad looking for something familiar. Disney as a company, of course, also had a fantastic pool of passionate, well-educated candidates ready for further “Disneying.”  Ironic? I think not.

10 Signs you Drank the Disney Kool-Aid as a kid:

Super Bowl 51 brought with it a fantastic game of football as well as a heaping helping of fresh commercials for us to laugh, cry, self-reflect, reminisce, or all of the above with. What was your favorite?