Epiblog II: The Power of Titling 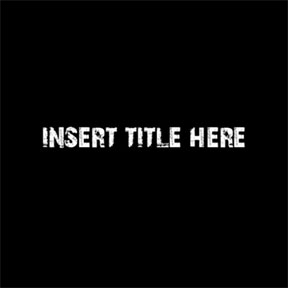 When you watch a television series by downloading it from iTunes, or via Netflix, one of the first things that you see is the title. In the past, there seemed to be fewer ways of knowing what the title of an episode was, other than TV Guide’s usage of it or when a show chose to include the title at the beginning or end of an episode (I’m thinking of Quantum Leap). Or maybe I completely blocked them out. . . do titles exist for every show? Either way, we’re much more likely to say or hear “remember that episode of Seinfeld, the one with the close talker?” than we are “it’s like Driving Mr. Mossback, the 5th episode on the 2nd season of Six Feet Under.” That said, let’s delve a little bit deeper into the (in) significance of titling, especially in relation to Mad Men.

One of the most recent episodes of Mad Men is titled “Lady Lazarus,” which is one of Sylvia Plath’s most famous poems, a poem that makes no attempt to disguise itself as a commentary on suicide; yes, the poem goes much deeper than commentary on suicide—even deeper than an autobiographical examination of it—but Mad Men’s usage and/or appropriation of this title, in titling their own episode after it, offers a rather precarious implication: I read this title before I watched the episode and thought “oh no, what character is going to commit suicide?!” The episode itself doesn’t balk at this possibility: a young housewife named Beth is told, after being driven home by Pete Campbell, that she’s “hysterical;” moreover, Campbell won’t let Beth go into her home on her own because he believes she can’t be left alone. My first point here is that in one small framing, and even prior to a viewing, the title had me guessing not at what the episode might be doing but what it might be “trying to do.” I was near convinced we’d witness a suicide but I was even more convinced that, and because of the title, we as viewers should be thinking about suicide, at least in the context of the 1960’s.

Aside from my first thought it’s more important to note that the titling suggests something mysterious, something more for viewers to inhabit and investigate than just a coy reference to Plath and the times. As viewers, we are given another chance to dissect the show through its title and, even if one doesn’t know Plath’s poem, with its driving diction and explosive ending—“and I eat men like air”—we are given a chance to be researchers, both by the title’s presence and therefore, additionally, by its multi-layered historical entanglements. Here the very presence of a title marks the time and place: early to mid 1960’s; and, by marking it also plays off of the tone and life of Sylvia Plath and, in doing so, highlights the gender controversies of the time: a woman “should be a housewife, watch the kids and make the dinner and if she sees her husband a couple of times a week, when he’s not working late, that is fine enough, as he brings in the bread.”  Here the suggestion of “Lady Lazarus” is not just that of the emotionally troubled artist, overworked as a housewife, but also of the very existence of “housewife,” and thus the beginning of a soon-to-be challenged social position.

There’s much to move with here and that’s the snag Mad Men has on us. I just wanted to talk about why and how titles change the forecast of an episode and even series, but now I’m thinking about Plath and Mad Men’s consistent role as harbinger. Yet this harbingering is not overwhelming, it is two-fold, in that it hints toward certain certainties of plot but also adds ambiguous elements, at least enough to stay fresh and bizarre—the show is learning to trust the imaginations of its audience, that we too can reach this way and that. Titling is minor in the numerous avenues and offshoots of meaning Mad Men presents, but I feel as though it’s worth examining, that whatever we end up calling things—a PR campaign, a poem, a product—that at times redistributing a well-known title and artifact of the past can conjure up more for the mind than perhaps expected. Not that we should expect anything.

I will end with something else about the episode of “Lady Lazarus” that has been talked about a lot, most recently at NPR and at The New York Times: the episode ends with a very rarely licensed Beatles song, “Tomorrow Never Knows,” an expensive licensure no doubt, but the way that this song plays out, ending with the camera spanning across many character’s faces, is less the harbinger (it’s a slight play on viewers wanting to be songed out of an episode too), I believe, than the subtle titling of the episode, “Lady Lazarus.” Draper’s character comments  on how everybody wants a song, everybody wants to hear something, but this is also commentary on how he himself doesn’t want to hear any of that, he wants to feel it, and if there’s any moment or place in which someone feels something it’s definitely Plath in “Lady Lazarus.”