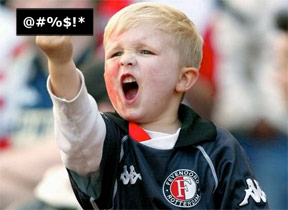 Labor Day is known as the unofficial end of summer and start of fall. For me, though, it didn’t really feel like fall until Monday Night Football returned last week with my hometown boys, the New England Patriots, walloping the Miami Dolphins on their own turf. Many sports fans, myself included, get so deeply enthralled in the game, season and team, that it becomes an integral part of their lives.

What is it about sports that drives this fanaticism?

Sure, there is the thrill of the game and competition, which is the initial draw for the casual sports fan. But for the enthusiasts, it’s more than just the game. Diehard fans have such an emotional investment in the team that they feel as though the team represents them and that they are also a part of the team. And rooting for the same team as another instills a sense of community—of identity, belonging, acceptance and solidarity.

This intense pride and unwavering loyalty fans have for their sports teams is the stuff of dreams for companies. I know I still root for the Pats despite their blowing Super Bowl XLII in 2008 and in spite of Tom Brady’s cringe-worthy decisions off the field (i.e. the Justin Bieber haircut and UGG commercial). I’m not sure I can say the same about cheering for a company that has dropped the ball (pun intended) on a big product launch or a CEO with a personal life scandal.

The truth is not many companies can inspire a base of steadfast fans who stick with them through championships, slumps and potential lockouts. Not many companies have brand enthusiasts who weather the elements to tailgate or paint their faces and/or bodies before a company event. These are extreme examples, but the idea of a company looking to sports franchises for how to build their brand and create loyalists is not farfetched. Companies want to instill the same “fan for life” identity in their customers that sports teams have developed within their bases; they aim to build a fan base that sticks with them through struggles or hardships and act as the biggest advocates and strongest voice for the company during times of prosperity.

Now I turn things over to you: what companies excel at building fanaticism amongst their customers? Are there any brands you may be tempted to paint your faces and go to bat for? What can companies do to emulate sports franchises and create a faithful fan base?

This is a test

There Are Still Cookies At The Empire State Building