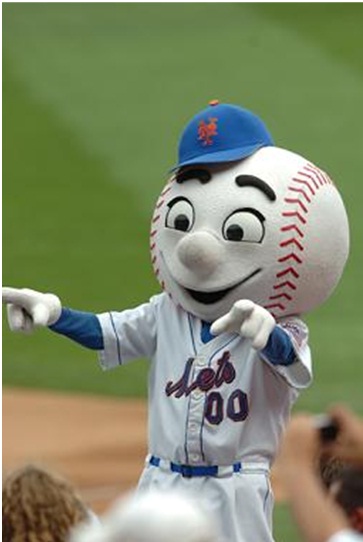 What’s this guy so happy about?

In the interest of full disclosure, I will start by saying that I am a fan of the New York Yankees.  As a Yankees fan, I have fortunately not had to live through the drama facing the New York Mets over the past few years.  From the injury woes facing what seems like their entire lineup, to the ongoing coaching shuffle, to the inability to upgrade their lineup in any significant way, to the Madoff fraud that has hurt the team’s finances, following the Mets is like following The Jersey Shore, or even worse (or better, depending on who you ask), General Hospital.

Driving to and from the train station each day, I generally listen to the local sports radio shows here in New York.  The Fan (WFAN, 660 AM) loves talking about the Mets.  While I have no interest in hearing about the Mets, I can’t help but pay attention to the countless Mets fans that call the station to air their gripes about the team.  One of the biggest points of contention I heard last season was that team ownership refused to address the fan base about the many issues facing the team.  They were pleading with WFAN hosts to get the team’s owners (the Wilpon family) on the air to discuss the injury issues, the coaching situation, the Madoff concerns, etc.  I heard WFAN announcers openly asking on air for the Wilpons to come on the radio and address the fans.

These requests went unheeded, further alienating Mets fans.  However, once details started to emerge about the real impact of the Madoff scandal on the Mets organization, the Wilpons came out of hiding and began speaking publicly.  Out of nowhere, they popped up all over the sports and business media, making appearances at spring training and going on the record to say they would prevail in the suit brought against them by the Madoff trustee.

My view of the Wilpons newfound love for the media is this: Way too little, way too late.  Mets fans have come to completely distrust the team’s ownership.  Hiding under a rock when things are at their worst is never a good PR strategy.  Companies and organizations that are looking for guidance on what NOT to do from a PR perspective would be wise to consider the Mets situation.  By clamming up and not addressing their key stakeholders (fans, sponsors, etc.), ownership created a situation where they lost trust from those that butter their bread.  By the time the Wilpons emerged from under their rock, there was way too much reputational damage done.  There is now talk that Donald Trump or Mark Cuban may buy a stake in the team. These two understand that silence during times of adversity is never a good policy. Perhaps things will change for the better if one of these two becomes a part-owner of the team. If nothing else, we can be sure that they will likely bring more straight talk and less radio silence.  Of course, Mets fans can always come to the dark side and cheer for the Yanks, where good news outweighs the bad by a wide margin.

In a new three part series, Matthew Luongo and Kayla Muller examine the world of "The Real Fake News." Part one explores pay-to-play scams used by publications and award programs that are replete with empty audiences and created to siphon money from legitimate marketing budgets.