Financial Markets and the Limits of Analogy 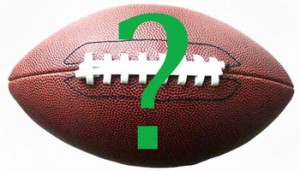 In the business world, for at least as long as I can remember (hint: back then, human tweets were reserved for the Three Stooges), it’s been popular to compare the world of commerce (i.e., fast money, bone-crushing egos, game-changing deals, cocky winners and bloodied losers) to the world of sports. Football is a favorite.  And why not? The relatively rapid spread of stock ownership in America since the 1980s (largely through participation in defined contribution retirement plans, which rely heavily on stock mutual funds) has required that these same investors entrust their nest eggs with presumed experts. And we’ve all seen what that can lead to.

Creating analogies to explain complex, sometimes paradoxical, often volatile and stubbornly unpredictable financial markets is how most of us non-experts make sense of these things. It’s what enables a financial pundit to compare a collateralized debt obligation to making nine small omelets from three eggs. If one of the eggs is bad, three customers are in for a long day and night, and so on.  Problems with analogies (sports or otherwise) crop up because analogy isn't just a form of speech. It’s often employed as a logical argument. In other words, if some things are alike in some ways, they can appear to be alike in other ways as well. It’s when something important to us stops being like anything else, that we tend to run out of analogies, and similes, and metaphors, and eventually our composure.

I think that’s where we are now.  We’re not in the 9th inning of a baseball game that’s looking like extra innings. Nor are we at halftime in a grueling football game, or down to the bench at the buzzer or, well, you get the idea. Rather, where financial markets are concerned, we’re in quasi-semi-not-quite-ever-before territory. If you need a game analogy, think blindfolded three-dimensional chess underwater in a hot spring. With one hand tied behind your back. It’s the kind of world three panelists grappled with in a recent article in Financial Advisor magazine. Three panelists, three forecasts. You make the call!

Abby McAleney looks back on an Unboxed Thoughts' post she wrote on her first day at Prosek.