"Fragile Five" Head to the Polls 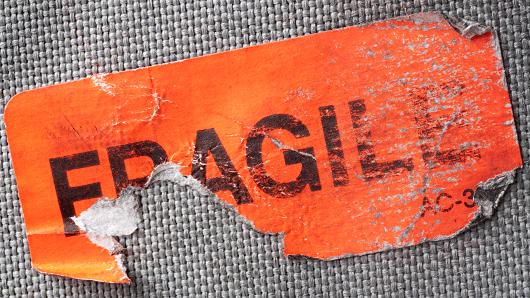 Thanks to months of speculation that the Fed would taper its bond-buying program (it eventually did in December), 2013 was a tough year for emerging markets. While many analysts are predicting emerging markets will rebound over the next few months, there's one potential risk that is particularly unique to 2014: a vibrant electoral cycle.

Is democracy alive and well in countries across the asset class? Not exactly. However, elections in five important emerging markets, which together represent around 7 percent of the world's economy, might make it tricky for investors trying to navigate political risks after a rocky 2013.

Dubbed the 'Fragile Five' by investment bank Morgan Stanley, the countries are Indonesia, South Africa, Brazil, Turkey and India. The 'Fragile Five' will all hold hotly contested general elections in 2014, spread out from April through October. Even more intriguing, aside from South Africa, no candidates have shown a clear lead in opinion polls.

Given the current macro environment, the stakes for these upcoming elections are high. Recently, economic growth in all five countries has slowed. For Indonesia, the slowdown has been gradual, but India, Brazil, Turkey and South Africa are all growing at rates much slower than they were prior to the 2008 financial crisis.

For Latin America, 2014 bears even more weight - the region will hold a total of 10 national elections in the midst of a substantial slowdown in economic growth and a rising number of social protests. Credit Suisse's The Financialist recently published an interactive infographic on the issues and candidates in Latin America that's worth a look. Of note, Brazil's presidential election in October will likely garner the most international interest.

For the 'Fragile Five,' the political risks are significant in 2014. A shifting political landscape could usher in new economic policies and reforms that can either attract foreign investment or deter it. Even incumbent governments may try to boost their re-election prospects by passing aggressive spending plans, further widening deficits.

Are emerging markets poised to rebound in 2014? For many investors, the answer may not be clear until after the upcoming electoral cycle.

Roundtable: How Will Trump's Reputation Be Affected By a Presidential Run?