If You Want to Be Left Out, Show Up!

During a recent quarterly account review meeting a client said to our team “I totally recognize the value of not being included in that article.” Music to my ears. 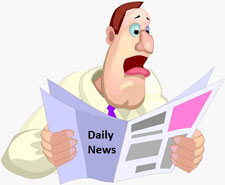 Every good PR practitioner dreads flipping through the newspaper or a magazine to discover an industry feature in which a client that should have been included was not. However, when there’s a negative piece and the client could have been mentioned, but was not, there is a feeling of sweet relief perhaps even greater than the joy of landing a dazzling profile.

In this particular case my client, which we will call “Company X” for the purpose of this blog post, is one of a few players in a nascent industry that unfortunately receives a lot of negative press due to lack of knowledge about the business. While we work to educate key constituents about the benefits of Company X’s service offering, building its brand reputation and separating it from the less reputable players in the pack is an integral component of the campaign.

Rome was not built in a day. The same can be said for building a company’s brand reputation, but when working to do so the human element is paramount. The first step can be as simple as a face-to-face meeting. When media will be media and sensationalize a topic, there are cases where you should just let it die, where engaging will only exacerbate the issue and result in more of the wrong press coverage. However, there are absolutely cases where you should engage. As an overall approach to an integrated communications program, regular, proactive dialogue with media must be front-and-center.

When we began working with Company X, one of the first things we did is arrange a CEO media tour. Before being asked to a meeting, some of these reporters had never even heard of Company X. Others had been covering Company X’s industry for years and had spoken to the CEO or his “people” by phone or over email, but had never met in-person.

Throughout the media tour, every reporter with whom we met had a very different background, experience and outlook on the client’s industry than the other. While our agenda differed from one meeting to another, our goal for each was the same: to get to know them and to allow them to get to know Company X.

The media tour resulted in a profile feature in a top industry trade publication and several opportunities for the CEO to provide expert commentary for industry roundups in top-tier press. But perhaps the most valuable result was when, a couple of weeks later, one of the reporters with whom we met and subsequently established goodwill through regular, ongoing dialogue, published an article and did NOT mention Company X. Had the CEO not taken the opportunity to meet in-person, the reporter would have still carried the same misconceptions about Company X and probably would have wrongfully included them in the piece.

If I had a nickel for every time a client asked me if he/she really needed to meet with a reporter, I would be laying on a beach sipping a margarita instead of writing this from my office in snowy NYC. Is it really necessary to meet with some reporters face-to-face? Yes. Show up! With or without the support of a dedicated communications department or contracted agency, do your homework. Read up and get a feel for his/her point-of-view on the topic, ask questions about why he/she wants to get together, determine if there’s an upside for your business and, if so, go. When you do, set the appropriate parameters, but relax, get to know the reporter and allow him/her to get to know you. The next time he/she writes something, you may just get left out.

Data Even a Dean Can't Ignore

Employees Are Now Your Most Important Stakeholder

The Art of Storytelling: Confess Your Sins and Add Some Color