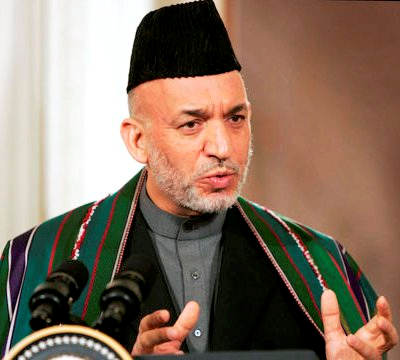 As a B to B PR agency we’re often challenged to think about how PR can “move the needle” with our clients.  How a strategic communications plan and thoughtful media placements can generate new business, increase revenue and enhance the overall profile of our clients. But what if an effective communications strategy could have an even bigger impact?  What if it meant the difference between social and economic progress leading to stability for a country? Or not?  This is exactly what is being decided in Afghanistan right now.  I sat down with Communications Advisor to the Ministry of Finance (otherwise known as my dad, William J. Cleary) to address these questions.

Q: What role can a communications strategy have in impacting the government’s success in Afghanistan?
A: Communications strategy is only as effective as the political will is strong in support of the country’s policies leading to reforms linked to improved living standards – here that means security, jobs, and a living wage.  If living standards improve as a result, and the message connects social and individual benefits with effective leadership, you have a society likely supportive of that same leadership for a ‘right reason.’

Q: What are the chances of this actually happening?
A: I think this will depend upon the outcome of the next election.  As in many countries, here an ‘old guard,’ desperate to hold on to political power which is also its source of wealth, will likely battle within its own ranks to determine a line of succession largely reflecting the strength of competing  power bases that are tribal – which is important to understand.  Politics here is tribal and pretending otherwise is naïve, at least for the present.  Waiting for its chance, a next generation, the ‘pragmatic idealists,’ many of whom are well educated, competent, just as desperate to take power from the old guard.  These ‘pragmatic idealists’ get it:  Most have been educated abroad and have a much more sophisticated and secular world view than their less fortunate contemporaries. They lack political clout.

Q: If you could name one communications challenge in Afghanistan, what would it be?
A: The people are disillusioned by 10 years of billions of dollars spent, with little to show, and services not delivered;   and they are very tired of the foreign presence which they now tend to view as part of the problem.   They do have low expectations, and ironically this helps:  they are happy to be rid of the Taliban, and that fact alone helps to compensate somewhat for continuing poverty for most.  Corruption remains a way of life:  underpaid civil servants, for example, cannot survive on what they are paid.  The government with international support has been working on this for 10 years accomplishing little for lack of will.

Q: So in a perfect world, how is this situation fixed?
A: The new generation replaces the old, and they do two things: 1) they address the basic cause for corruption – asking for “baksheesh”, effectively a handout, is part of the culture – by establishing market based salary scales for government service;  this will help reduce, but not eliminate corruption;  and, once in power,  2) they take advantage of what they know technically to improve service delivery, building trust on two fronts.  With that ‘on the come,’ you have something to ‘sell’ and the basis for a communications strategy.  For now, we look for pockets of improvements, and we ‘sell’ these to the extent we can.

Q: What are the most important messages to communicate to the people of Afghanistan to effect change?
A: We know from our surveys that corruption is the biggest obstacle to trust; the government must provide evidence that corruption is being addressed; for example, 1) new processes that eliminate interaction with officials reduces opportunities for bribes, and 2) publication/promotion of successful prosecutions such that the government builds its case become the virtuous circle we need to make changes last.  Keep this in mind:   Afghans don’t want to be like other countries:  they want a better life, but they have no interest in becoming like the United States, for example.

Q: What role can the media play in helping to communicate the messages of the government to the people and to effect change?
A: The media always will prefer bomb stories to non-bomb stories so, as always, ‘good news’ is a tough sell.  As Roger Cohen of the New York Times said so well, “Good news is an oxymoron.”  Forget when we get the story right, it only counts when we get it wrong:  then we get attention.  So, the media’s role, as always, is to serve as a channel, and it’s up to us to find a compelling news angle that works for them and for us.  Right now, I think if you are fortunate to have a ‘pragmatic idealist’ who is effective in a ‘second tier position’ like a director general, someone with authority who is making a difference, his/her competence and personal charisma can provide the ‘common man/woman’  as hero angle that the media seems to like. This is especially true of women in responsible positions, or young women who have overcome great odds to become role models.

Q: Can Afghanistan be fixed?  Are you an optimist or a pessimist?
A: I think there is a chance to fix Afghanistan – maybe in your lifetimes, but not mine.

Self-Education: Learning about SOPA and PIPA

LMAO. OMG, TMI and BFF are Officially in the Dictionary