The NFL season is almost upon us. On September 5 the New York Giants and Dallas Cowboys kick off the season at MetLife Stadium in New Jersey, the first real game of the season. When the ball is kicked off that evening, so begins the start of yet another four months of trash talking, intense rivalries, compromised friendships and for some, the thrill of victory (or the agony of defeat). I’m not referring in any way to what takes place on the field between NFL players.  Instead, I’m talking about what takes place online in the super competitive world of fantasy football.

Last season, approximately 27 million people played fantasy football, a $5 billion industry. That is a bit shy of one out of every 10 Americans, a staggering number that continues to grow by leaps and bounds each year.

What fascinates me most about fantasy football is the media industry that has grown to support Americans’ tremendous appetite for fantasy news and information. In so many ways it is similar to the financial news industry.  The biggest difference  in my view is that while CNBC, Bloomberg and other financial news outlets have five days a week of live action to report on, the fantasy media really has just one big day a week (not including the Thursday night games that are on the NFL schedule this season).

The biggest similarity in my view is the volume of “noise” created by both the financial and fantasy media. Turn on a business cable network and you will see four or more experts commenting on the news of the day at once, a scrolling ticker and “breaking news” alerts every other minute or so. Each expert has a different view on the markets, making it potentially confusing for viewers to digest what they are seeing. Now is the time to sell tech stocks says one expert. The other shouts that, if anything, now is the time to buy.

The same goes for fantasy news.  There are dozens and dozens of fantasy football sites, each with their own predictions of which players will outperform or underperform in the weeks ahead.  Don’t start Calvin Johnson (arguably the league’s best fantasy wide receiver) against the Jets says one site, because the Jet’s cornerback Darrelle Revis is best in the league at stopping big time pass catchers. Go to another site and the fantasy experts will tell you to always start a guy like Johnson, regardless of what defense he is up against. 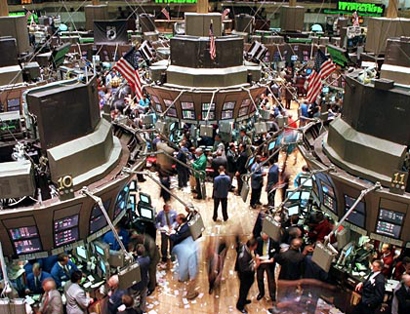 While I am by no means a fantasy football or investing expert, I can offer one piece of advice that is true for both fantasy and market players: tune out the noise. The fantasy and finance media play a very important role in providing analysis and information that can help inform decision-making. But, one would be foolish to take decisive action with their investment portfolio or fantasy football team based on what is being said online, on TV or elsewhere by the media. Make a plan and stick to it.

I can speak from experience. A few years ago, in the fantasy playoffs, I was dumb enough to take the advice of a fantasy “expert” to start wide receiver Santana Moss. I listened to the guy and wound up losing by one point. Had I gone with my gut, and stuck with my initial choice (the guy I had played all season long, up until that final game), I would have won. I also remember reading a convincing article that Dell stock was ready to go on a major rally. I regrettably sold another stock and took the proceeds and loaded up on Dell. What a mistake!

In both of the above cases, I strayed from my initial plan and threw my playbook out the window based on something I read. In sum, it is OK to gather information and ideas from a range of sources and use that to make more informed decisions.  But, whether you are investing in the market or playing fantasy football, make a plan and stick to it.  Reassess your plan on an ongoing basis and make tweaks as needed, but don’t toss out the playbook based on the headlines of the day.