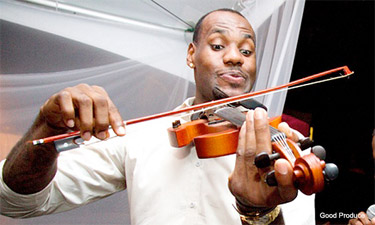 It took Lebron James four years to slash the signature message of his next NBA career move to three words - from "This fall, I'm going to take my talents to South Beach" to "I'm coming home." But more than brevity, Lebron showed in his latest "Decision," which he announced as a first-person, "as-told-to" exclusive to Sports Illustrated, that perhaps he's learned the value of control. And at Prosek, that's what we regularly discuss with our corporate PR clients - controlled content can still have enormous value.

If you recall, LeBron's first "Decision" in 2010 to leave the Cleveland Cavaliers was a circus. Weeks of rumor and intrigue culminated in a live, one-hour TV "event" broadcast on ESPN. The backlash was immediate. Critics piled on LeBron as a publicity hound and a traitor. For all of LeBron's prior media experience, even the best communicators wouldn't try to fill an hour with one substantive sentence. The "Decision" as a PR strategy was a disaster.

Fast forward to 2014 and LeBron was again the subject of immense speculation. But this time, there would be no circus - just LeBron's words told to one reporter and published in one outlet. SI had used this first-person technique before, when Jason Collins publicly announced that he was gay in April 2013.

Ad Age, Deadspin and The Wall Street Journal's "CMO Today" section shared the behind-the-scenes media story of the Lebron scoop: reporter Lee Jenkins stitched the article together from an interview he did with LeBron the night before publication; his editors didn't know LeBron's destination until Jenkins turned in the story; and fearful of any leaks, the publication didn't build any advertising package around it.

What's the lesson here? In general, when business and corporate clients talk about a marquee media placement, the interview with CNBC or The New York Times comes up much more frequently than the bylined article. But any opportunity on live TV or with a top-tier publication requires message discipline. And regardless of how friendly the outlet appears to be, the end product is still filtered, often dependent on what that journalist asks and the all-important context within the placement. To quote the Rolling Stones, you can't always get what you want - and you usually don't.

In contrast, LeBron's choice to not go on TV or have a press conference fits his narrative - "After this, it's time to get to work," he said. But more importantly, his 952-word statement grabbed significant real estate, unheard-of length among sound bites and 140-character posts. The platform allowed him to communicate directly to fans with no follow-up media relations required. Finally, LeBron and his camp had final say on the piece before it ran.

So the next time your company has news of "Decision"-like significance, think creatively to balance the space or time that various media offer, and the control you'll retain. And like Lebron, consider the bylined article, which can still cut through a fractured media landscape.

A Tribute to Black History Month